This week on The Official Film Chart, Batman returns, and Hobbs And Shaw race back in but nothing can stop Godzilla and Kong from stomping the competition!

It has been reported that the sequel to Marvel’s epic superhero film ‘Black Panther.’ has begun filming. Production on ‘Black Panther: Wakanda Forever.’ has commenced at the Pinewood Studios in Atlanta, Georgia in the USA. We are still awaiting news on how they will be replacing the late Chadwick Boseman as the title character. If they follow the comics, then T’Challa’s sister, Shuri will be taking up the mantle. But we can only speculate at this stage until we are given further details. However, Marvel head honcho, Kevin Feige has gone on record before about the issue, stating:

“It’s clearly very emotional without Chad, but everyone is also very excited to bring the world of Wakanda back to the public… We’re going to do it in a way that would make Chad proud” 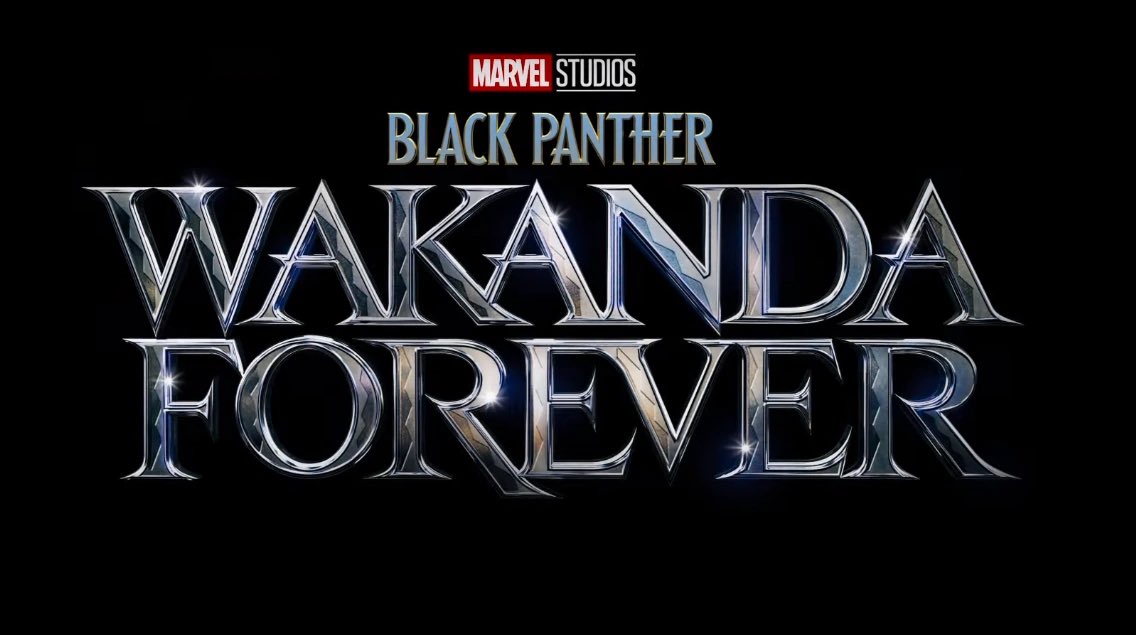 Speaking of upcoming films, at long last, a trailer for ‘Halloween Kills’ has been unleashed. The film was delayed from its assigned 2020 release thanks to COVID. But it certainly appears that the wait for the film has been worth it. The trailer doesn’t shy away from the nastiness and shows some scary kills. Once again starring Jamie Lee Curtis, the film will open on October 15th. It is also due to premiere at the Venice Film Festival in September. And Jamie Lee Curtis will be awarded the Golden Lion award for Lifetime Achievement. 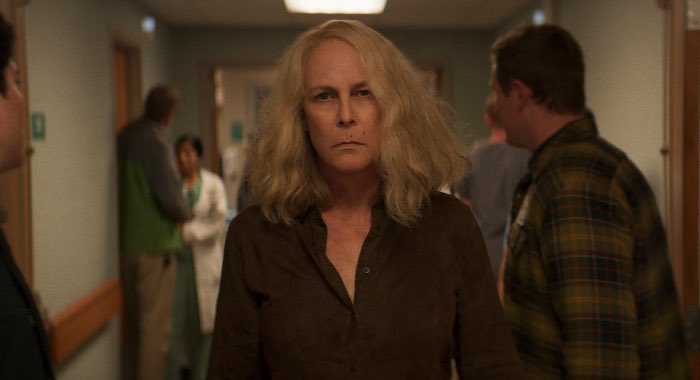 This week on the charts, it is the case that we have been seeing for over fifteen months now. There are a few newer titles amongst the older films we have been watching. This week sees the departure of ‘Basic Instinct’, and ‘Ammonite’. But who or what is topping the tree in the UK this week? What continues to hold our attention? Let’s take a cruise through the chart waters.

They don’t want to be dislodged again just yet! Holding firm at the top of the charts for a second week is ‘Godzilla VS Kong’. The monster smackdown to end them all is top of the pile for a third non-consecutive week. It has more than double the sales of its closest competitor this week and shows no signs of slowing down. 75% of its sales this week are on the disc formats once again. But digital sales are still helping the two titans to rule the rest of the chart.

Our only new entry this week wings its way into the second spot. And it is a welcome return for Warner Bros. Animation and The Dark Knight. ‘Batman: The Long Halloween-Part 1’ has flown its way into the charts. As the title suggests, this is the first part of a two-part animated story. Featuring the voices of Jensen Ackles as Bruce Wayne/ Batman, the late Naya Rivera as Selina Kyle/ Catwoman. Josh Duhamel as Harvey Dent, Billy Burke as James Gordon, and Jack Quaid as Alberto Falcone. The film is an adaptation of the DC Comics story of the same name. The second part is scheduled for release later in July. 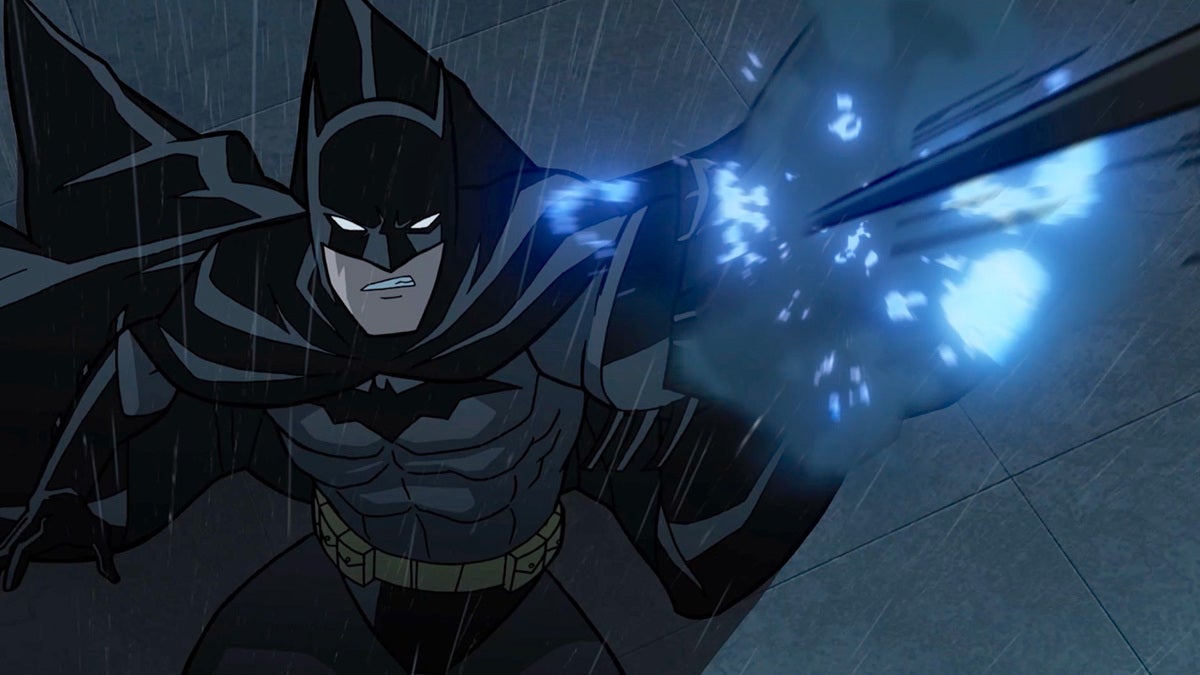 The former number one ‘Zack Snyder’s Justice League.’ takes a small tumble this week as it makes way for the animated Batman film. Dropping down a single place, the epic superhero movie now resides in the third position. There isn’t much more that can be said about what is possibly Snyder’s masterpiece. The fanbase out there is still clamoring to get the Snyderverse reinstated. Whether it will or not is debatable. Or if Snyder himself would be interested in returning to complete his envisioned ‘Justice League’ trilogy. But no matter what happens, we can hold onto the definitive version of the film with both hands.

Still fighting amongst themselves in this week’s fourth position are those legendary cartoon characters in ‘Tom & Jerry: The Movie‘. The film holds firm this week as the duo continues to cause mayhem and fun for the whole family. The film, featuring actress Chloe Grace Moretz as the human lead, extends its winning run. The film hit PVOD instead of a cinematic debut before hitting the home entertainment retail market. It is currently showing in a few cinemas up and down the country which is adding to its total. 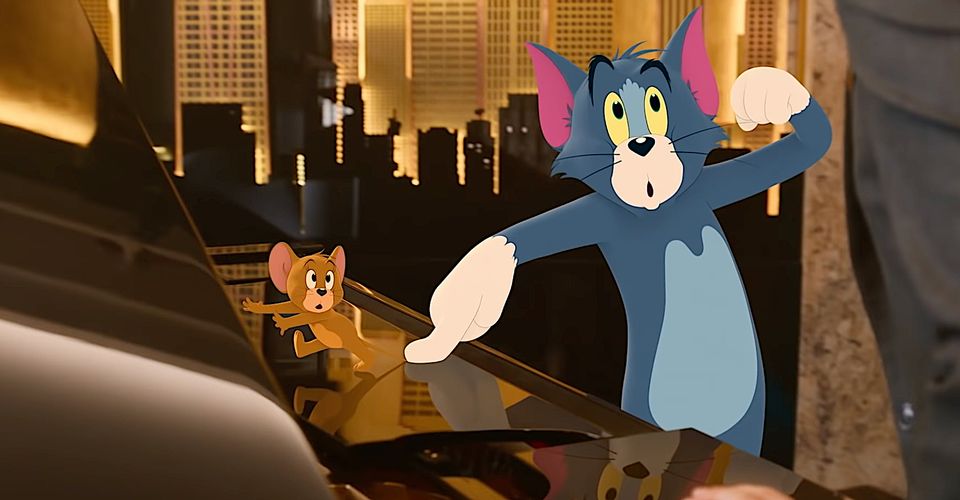 While the sequel continues to sell tickets and put bums on seats, the original film moves up the chart this week. ‘The Hitman’s Bodyguard’ rises four places to round out this week’s top five placings. Samuel L. Jackson and Ryan Reynolds are on top form in this all-action comedy. Gary Oldman plays the villain (as always), and the film is often hilarious. Featuring an extended cameo from Salma Hayek as Jackson’s imprisoned wife, it holds the attention from the start.

This week’s download and keep offering is the romantic comedy ‘Wild Mountain Thyme’. The film stars Emily Blunt, Jamie Dornan, Jon Hamm, and Christopher Walken. Now, the film has been the butt of ridicule on social media. The accents that the cast speaks in during the film are said to be hilariously bad. And I mean Dick Van Dyke cock-er-nee accent bad! The film depicts the conflicts which arise in an Irish family. The patriarch of the family threatens to hand over the family farm to an American nephew instead of his son. The film is based on writer/director John Patrick Shanley’s play ‘Outside Mullingar’.  It has received some bad reviews but if this sounds appealing to you, the film is available to own from Monday, July 5th. 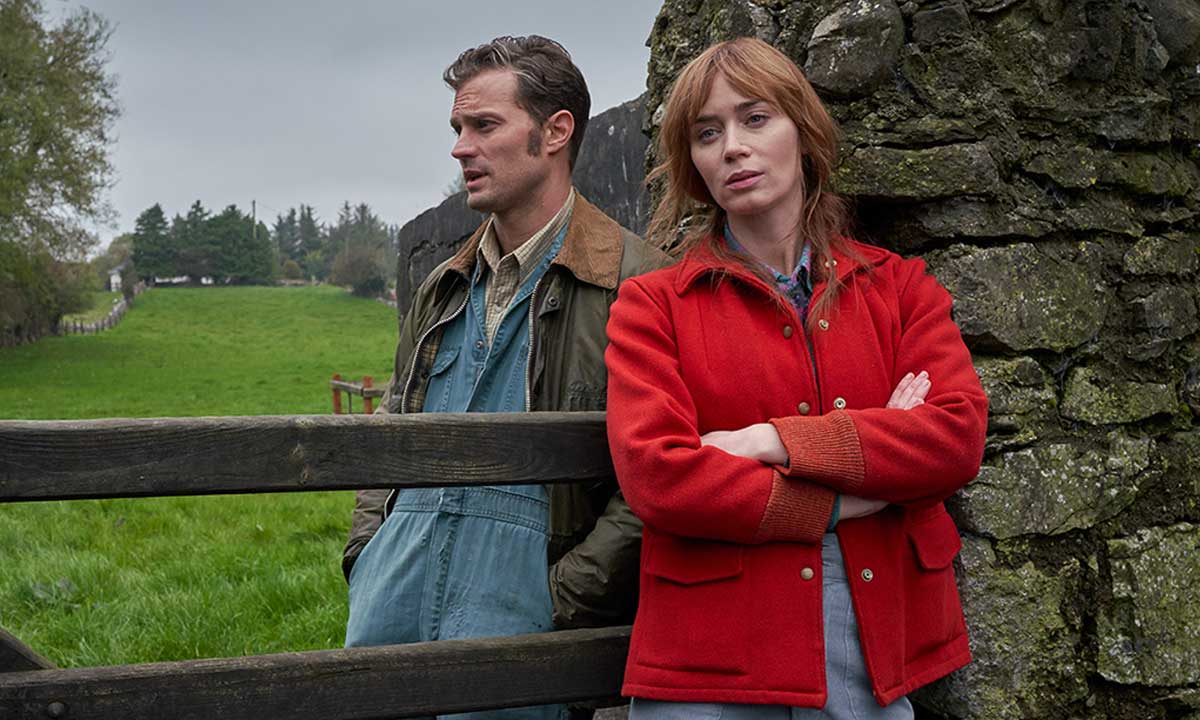 We return to the top ten charts again now with a faller of three places. The DC sequel ‘Wonder Woman 1984‘ has lost some of its selling power and now resides in the sixth position. However, I don’t think that will bother star Gal Gadot too much. I offer my heartfelt congratulations on the birth of her third daughter earlier this week! 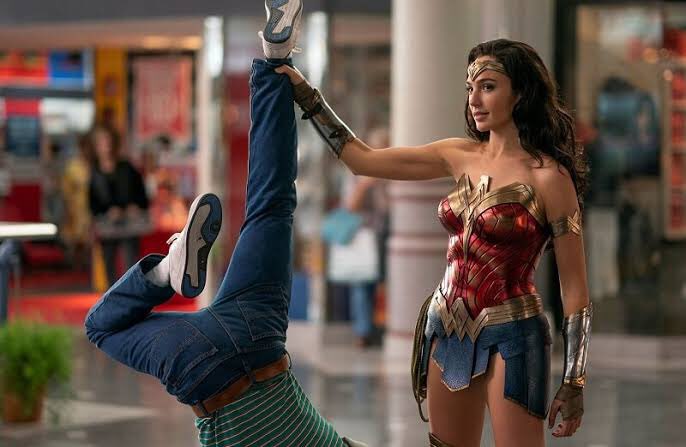 While its second film continues to scare the pants off audiences in cinemas, ‘A Quiet Place’ quietly drops by two places. This small fall sees the acclaimed film now reside in the seventh spot. 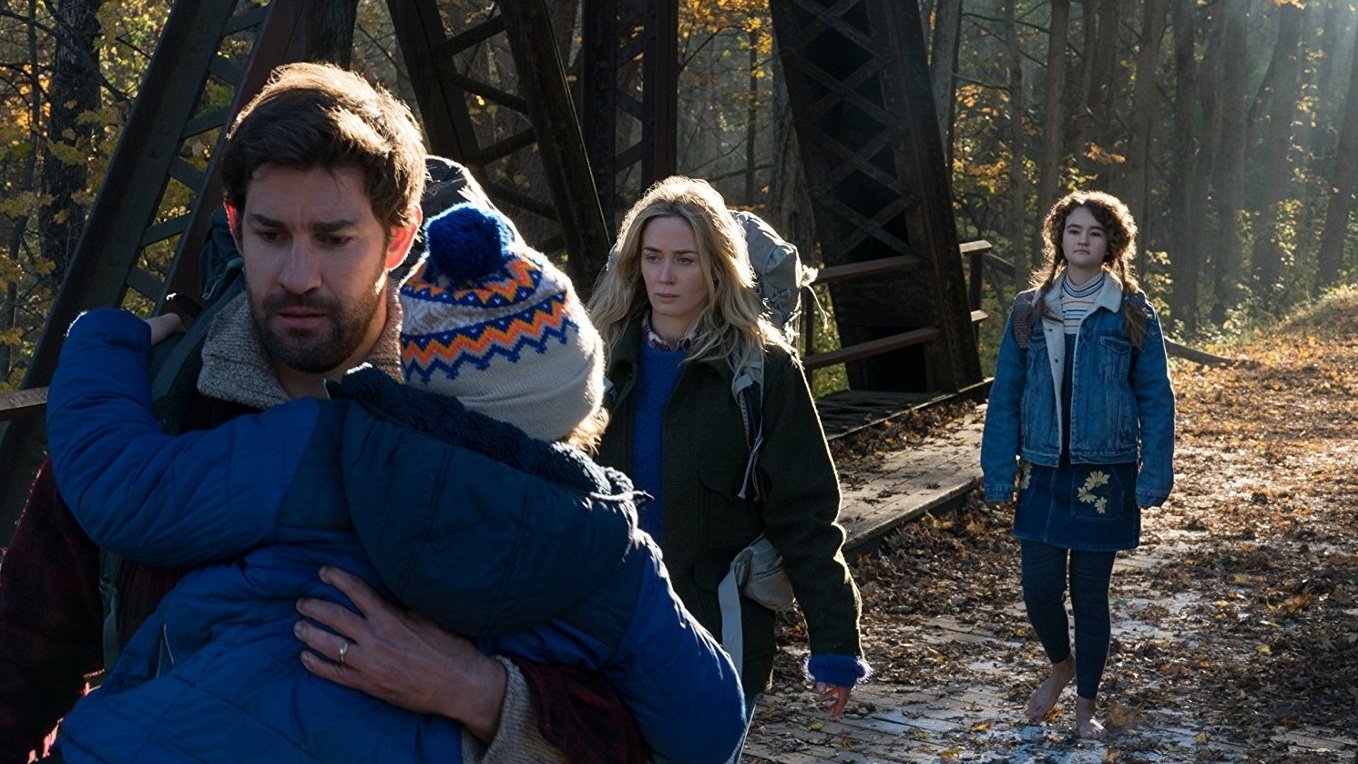 The animated Walt Disney film ‘Raya And The Last Dragon’ decides that it doesn’t want to go anywhere this week. A former chart-topper in its own right, the film holds firm at this week’s number eight. 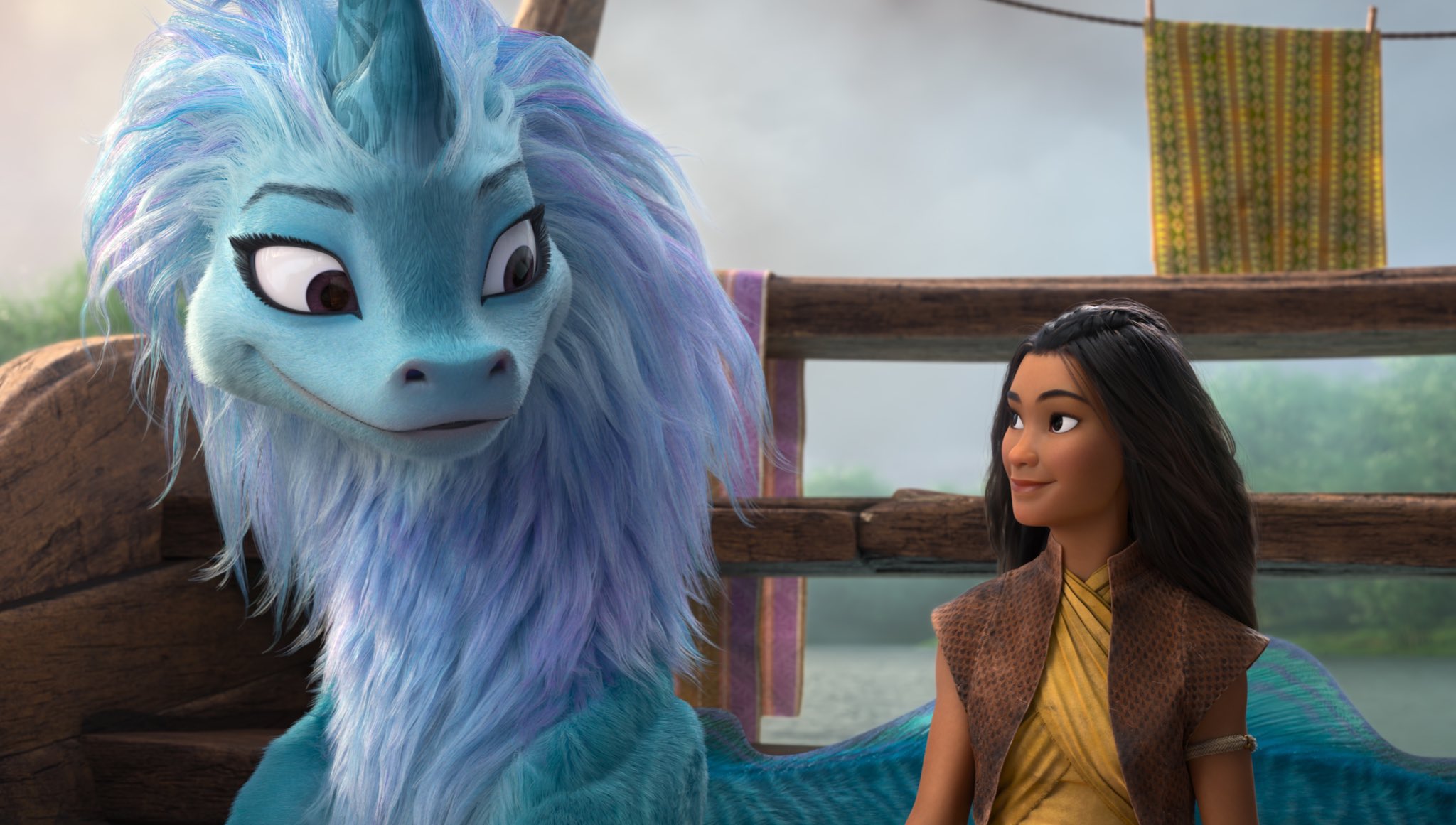 TENET ON THE MOVE AGAIN!

Moving up a single place to take the ninth position this week, Christopher Nolan’s incredible ‘Tenet‘ remains inside the official top ten.

And finally, Dwayne Johnson and Jason Statham have decided to grace us once again as their spin-off film ‘Fast & Furious: Hobbs & Shaw’ races nine places to take the tenth and final spot. As ‘F9: The Fast Saga’ is now in cinemas, I would expect to see some more of the franchise appear in the charts soon.

And with that, our cruise through the top ten best-selling titles is over. As we dock the chart for another week, I once again thank you for joining me on the journey. And as is customary…