This week on the official chart, Godzilla and Kong continue to fight, and Guy Ritchie Snatches a place but Mortal Kombat fights of all competition!

MICHAEL MYERS GEARS UP TO RETURN!

The countdown to the release of the horror sequel ‘Halloween Kills‘ is starting to get going. This week so far has seen new stills from the film as well as a Total Film subscriber cover. The cover shows Myers with a melted mask, tying into how the climax of the 2018 ‘Halloween’ film ended. The pictures don’t show that much new but it does give the fans a sense of satisfaction. The one character they hoped would get killed in the last film looks like he’s going to meet his end in the new one. And it’s about time! The character was a sleazebag and deserved to get butchered instead of his friend. Catch the film in cinemas from October 15th. 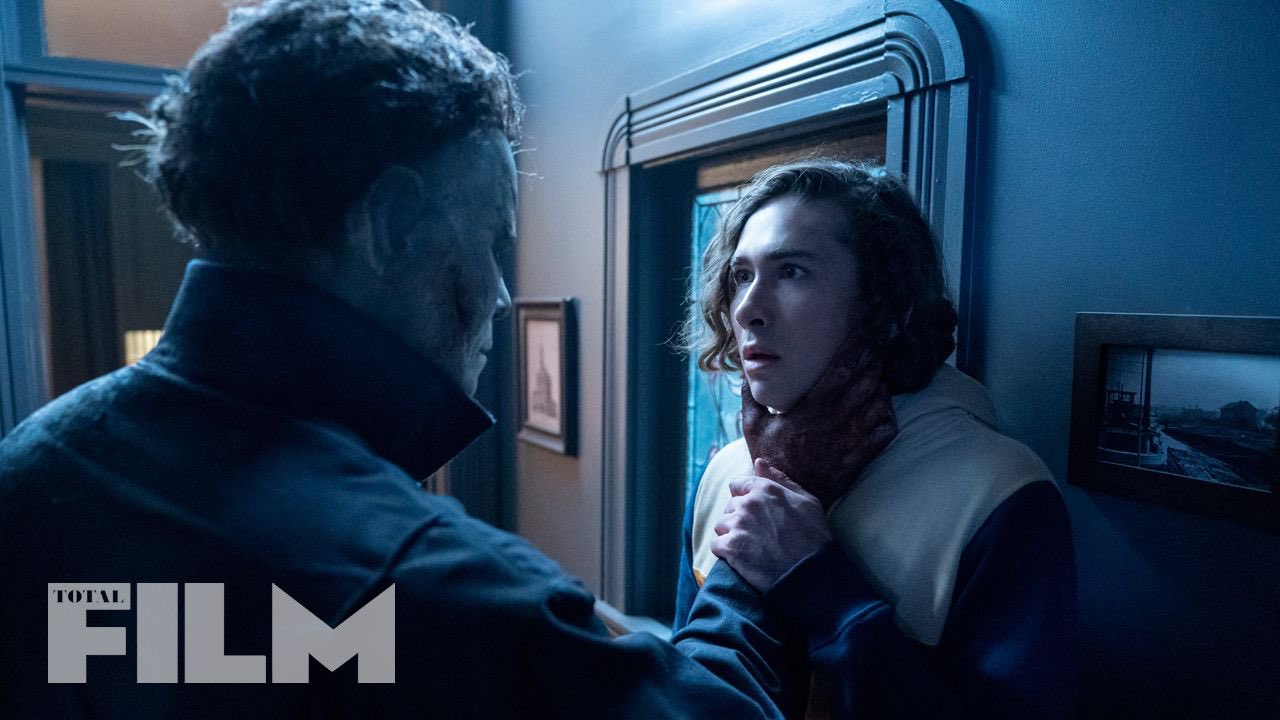 THE SUICIDE SQUAD GETS A HUGE THUMBS UP!

Heading our way on July 30th is the DC sequel ‘The Suicide Squad’. The film has been screened for critics and a select few DC fans already and the general feeling is that it’s a massive improvement over the original. Critics have universally praised the film, calling it mad, bad, and totally entertaining. Apparently, it is chock to the brim of action, comedy, sadness, violence, gore, and bad language. The perfect Saturday night entertainment! The BBFC has rated the film a 15 certificate here, meaning it is yet another adults-only comic book movie. It certainly worked for ‘Joker’, ‘Birds Of Prey: And The Fantabulous Emancipation Of One Harley Quinn’, and ‘Zack Snyder’s Justice League.’ 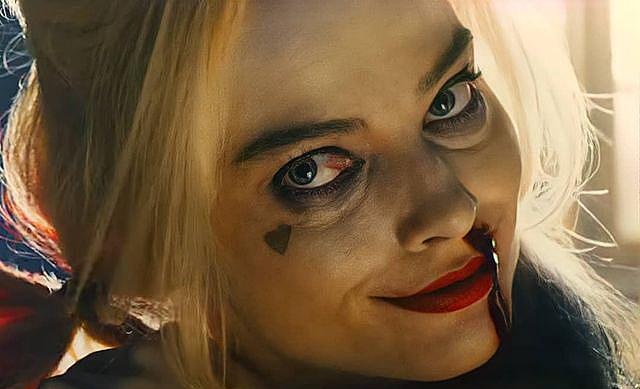 The chart this week sees two new entries and no re-entries. Yet again, the titles move up and down as they please. Leaving us this week are ‘Logan’, and ‘Wonder Woman 1984’. But what title has the honor of being the UK number one? Is it a case of the second week of fatalities? Or has something else taken the top spot? Get ready to fight as we find out.

Fatality! Punching, kicking, and delivering a death blow to the rest of the chart, our number one title remains ‘Mortal Kombat’.  The all-action reboot of the movie franchise holds the top spot for a second week. The film has comfortably held its lead at the top of the chart by easily outselling its rivals across all the formats. Based on the videogame of the same name, the film reboots the franchise perfectly. Nasty, violent, and with some gory set pieces, the film is a great way to entertain adults on a Saturday night or for a couple to sit back with and enjoy with a bottle or two of ice-cold wine.

GODZILLA AND KONG CONTINUE TO FIGHT!

Holding firm in the second position for another week, we find the two titans battling it out once more. ‘Godzilla VS Kong’ continues its strong showing across the home entertainment formats. It continues to thrill audiences up and down the country with its wild antics. And of course, our two protagonists. I had my problems with the film but I can honestly say that I enjoyed it. It won’t win any Oscars but it is and remains an entertaining way to waste two hours. And despite what people may say, Kong remains the King!

The new movie ‘Space Jam: A New Legacy’ hit cinema screens last Friday. The reviews I’ve read don’t seem to like it that much. It hardly matters though as it is the current United States box office number one film. And that has given the original ‘Space Jam’ a boost. The 1996 film, starring Michael Jordan, and Bugs Bunny, moves up a single place to round out this week’s top three places. I enjoyed the first film. It made me laugh and some of the stuff during the final basketball match had me in tears. Once again, forget the human characters and just enjoy the antics of the Looney Tunes once more.

Rising by two places this week to take the fourth position is the animated comedy ‘The Croods’. Once again, the sequel to the film hit our cinema screens recently, giving the original film a boost up the charts. And it also can’t fail by receiving the obligatory price cut from all digital retailers and streaming services. Again, I enjoyed the film for what it was. And I can’t fail to laugh at Ryan Reynolds, no matter who he is playing or is voicing, as he does here. With Nicolas Cage and Emma Stone lending their voices too, the film remains a family favorite. JUSTICE IS STARTING TO WEAKEN!

Rounding out the top five placings this week, we find ‘Zack Snyder’s Justice League.’ The film has taken a two-place tumble down the chart after its amazing debut on Sky Movies back in March. The film has been a massive success in home entertainment and despite its fall, continues to do so. What amazes me though, is that we here in the UK can buy the film on digital or disc and have had that chance for months. Whereas the American fans have to wait until September for the film to be released there. However, I get a sneaking suspicion that the American discs will have a ton of special features. Whereas, we got a bare-bones release. Oh well, thank god for region-free discs!

I REALLY need to get a new joke for the film! However, despite thinking that last week, we would see the end of ‘Raya And The Last Dragon’, it rises by three places to grab the sixth spot. The film has been a great success on PVOD and all the formats even though it’s available for all Disney+ subscribers now.

Our first new entry this week hits in the seventh position. And it’s welcome to Carey Mulligan and ‘Promising Young Woman’. The film was denied a cinematic release here thanks to the pandemic. It made its debut on Sky Movies around a month ago. But now, it is finally available on the home entertainment market. The film is an entertaining black comedy thriller. Carey Mulligan plays a young woman who can’t forget her troubled past. This causes her to attempt to navigate her life balancing forgiveness and her vengeance. The film deservedly won Best original screenplay at this year’s Oscars. And I recommend checking it out.

Those lovable cat and mouse duo run down the chart this week by three places. ‘Tom & Jerry: The Movie’ is a former number one that looks like it could be running out of steam. The upcoming school holidays may reinvigorate its fortunes but we will have to wait and see. But for this week, it now resides in eighth place.

THE NINTH SPOT GETS SNATCHED!

One of the best of the modern wave of British gangster movies hits the top ten in ninth place. Thanks to a 4K re-release, Guy Ritchie’s ‘Snatch’ makes its top ten chart debut, twenty-one years after its initial release. Jason Statham, Brad Pitt, Benicio Del Toro, Stephen Graham, and Mike Reid are among the cast of the crime/comedy caper. I don’t think I need to run through the storyline(s) for you. If I did, we would be here all day! But suffice to say, it concerns guns, violence, strong language, unlicensed fighting, dogs, and a rather large diamond. All wrapped up in a really great bow. If you haven’t got it in your collection, grab it quick! 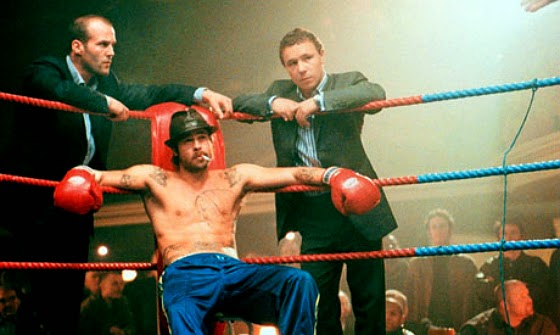 And finally for this week’s chart, this year’s big Oscar winner ‘Nomadland’ decides it wants to wander off to pastures new as it drops three places to end the week in the tenth position.

The school holidays are definitely upon us. Hitting download and keep from July 26th, the animated adventure ‘Maya The Bee: The Golden Orb’ should keep the youngsters happy. The film is the third in the animated franchise that started back in 2014. Loosley based on the characters from the 1975 anime ‘Maya The Honey Bee’ and the German children’s book ‘The Adventures Of Maya The Bee’, the films have been quite a success. It will certainly keep the little ones entertained and occupied for ninety minutes. So, why not treat them to a copy of the film when it is released on Monday? 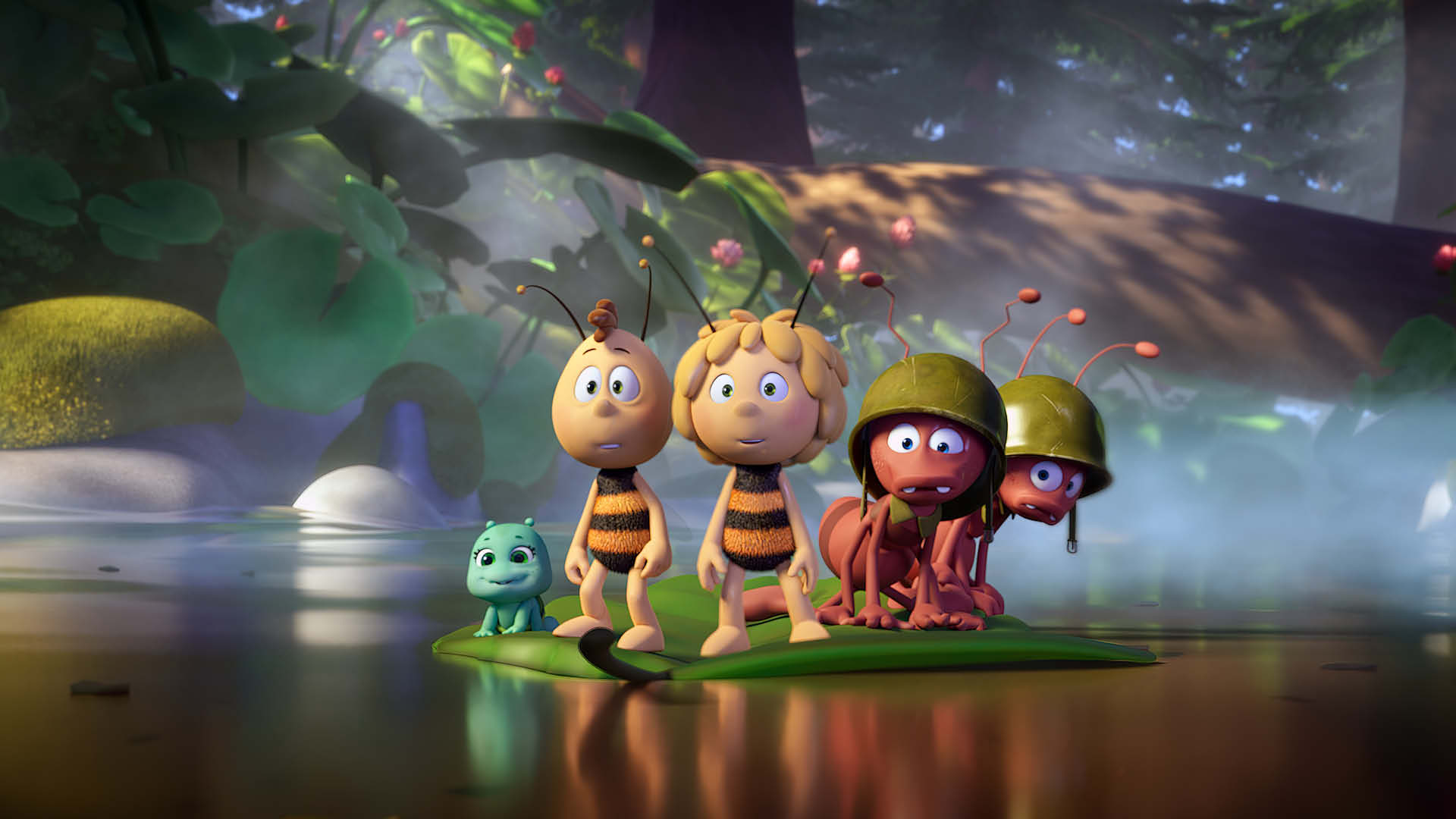 We have a bonus chart countdown this week! As we are now out of lockdown ( I make no comment), we can take a look at what kept us going for the past seven months. We can discover what we turned to for our entertainment. Of course, ‘The Greatest Showman’ makes an appearance (number six) but it’s the recently top ten chart leaver ‘Wonder Woman 1984’ that takes the top spot. Let’s take a look at the top ten titles of 2021 so far:

Our time inside the official film chart has come to an end. My thanks to all of you for joining in the look at what’s been making the grade. Not only for the week but for the year so far. We have some big titles coming our way in the coming months as we build towards Christmas. But we don’t want to break out the holly and egg nog just yet! So, until next time…