Courtesy of Total Film Magazine, a new image is revealed to the world!

What a week it has been for the upcoming science-fiction film ‘Dune’. It has seen character posters for the main cast hit the wires alongside a new poster for the film. It doesn’t open until October. But it seems Warner Bros. is going all out on its publicity machine for the movie. Total Film magazine, hot off of its ‘Halloween Kills’ reveals has unveiled another look at Timothee Chalamet’s character of Paul Atreides, this time in a battle with a sword-wielding foe. Let’s head for the planet Arrakis to take our look: 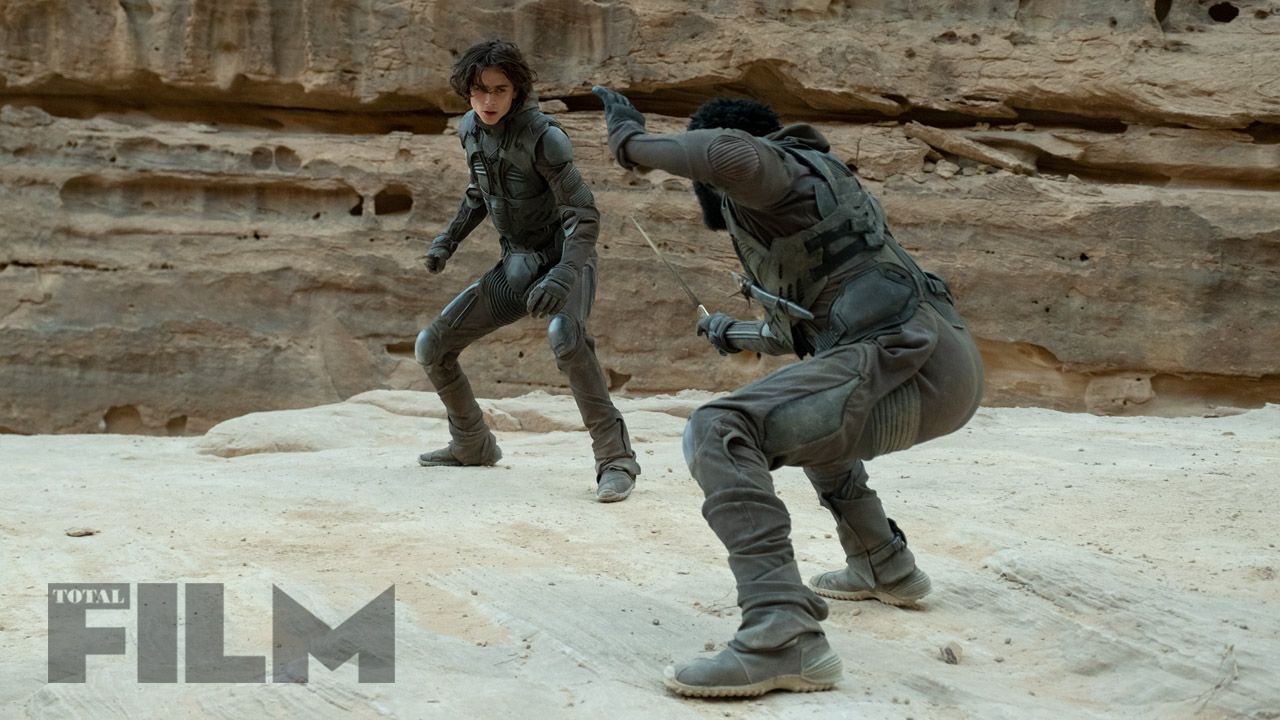 In the far future of humanity, Duke Leto Atreides accepts stewardship of the dangerous desert planet Arrakis, also known as Dune, the only source of the most valuable substance in the universe, “melange” (also called “spice”), a drug that extends human life, provides superhuman levels of thought, and makes faster-than-light travel practical. Though Leto knows the opportunity is an intricate trap set by his enemies, he takes his Bene Gesserit concubine Lady Jessica, young son and heir Paul, and most trusted advisors to Arrakis. Leto takes control of the spice mining operation, which is made perilous by the presence of giant sandworms. A bitter betrayal leads Paul and Jessica to the Fremen, natives of Arrakis who live in the deep desert.

May 20, 2022
Obi-Wan Kenobi Is Bringing The Force To Fortnite

Obi-Wan Kenobi Is Bringing The Force To Fortnite

May 20, 2022
A New Daredevil Series Gets The Green Light At Disney Plus

A New Daredevil Series Gets The Green Light At Disney Plus