The fictional Garage legends behind the pirate radio station speak out on Anti-Piracy in the film industry!

The legends behind pirate-radio station Kurupt FM and stars of People Just Do Nothing, are back. This time with a few words to say about anti-piracy in the film industry. The West London lads are the new spokespeople in the Industry Trust’s latest exclusive trailer for their ongoing anti-piracy campaign, Moments Worth Paying For. With the release of their highly-anticipated feature film “People Just Do Nothing: Big in Japan.”, the guys are bringing banter to the big screen. And are educating fans on the importance of anti-piracy. The Moments Worth Paying For campaign strives to reduce infringing behavior by encouraging fans to pay to enjoy feature films – with all the bonuses the cinema offers.

They may be fictional garage legends and pioneers behind pirate-radio station Kurupt FM, but the stars of “People Just Do Nothing: Big In Japan” have a few words to say about anti-piracy in the film industry. 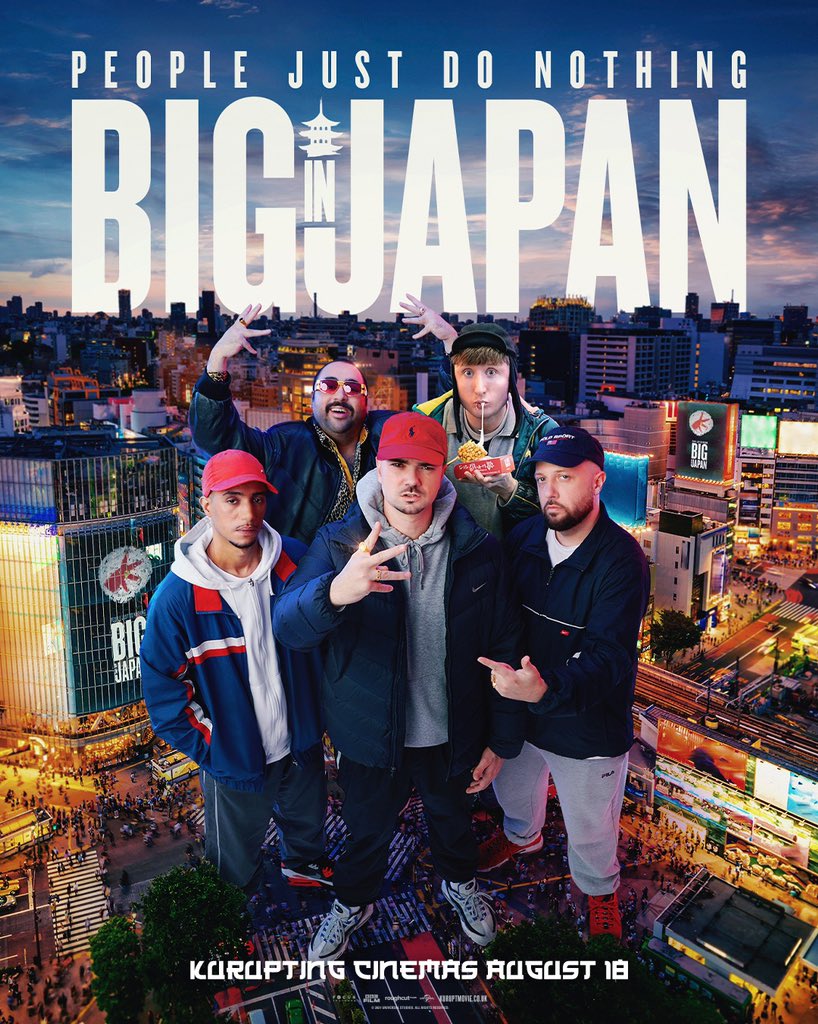 Ahead of the release of their first feature film, MC Grindah (Allan Mustafa), DJ Beats (Hugo Chegwin) and crew have called on fans to get out of the house and into the cinema to see their brand new movie, instead of opting for at-home pirate copies. Claiming “we wouldn’t pirate anything” the West London lads are convincing new spokespeople for the Industry Trust’s latest exclusive trailer in their ongoing anti-piracy campaign, Moments Worth Paying For.

In the exclusive trailer, showing in cinemas from July 23rd, the Kurupt FM crew takes a strong stand against illegal piracy in the film industry. In their iconic mockumentary style, the group, also featuring Steves (Steve Stamp) and Chabuddy G (Asim Chaudhry), speak straight to the camera telling viewers “get yourself down to the cinema guys, yeah, don’t be a cheap arse skate”. 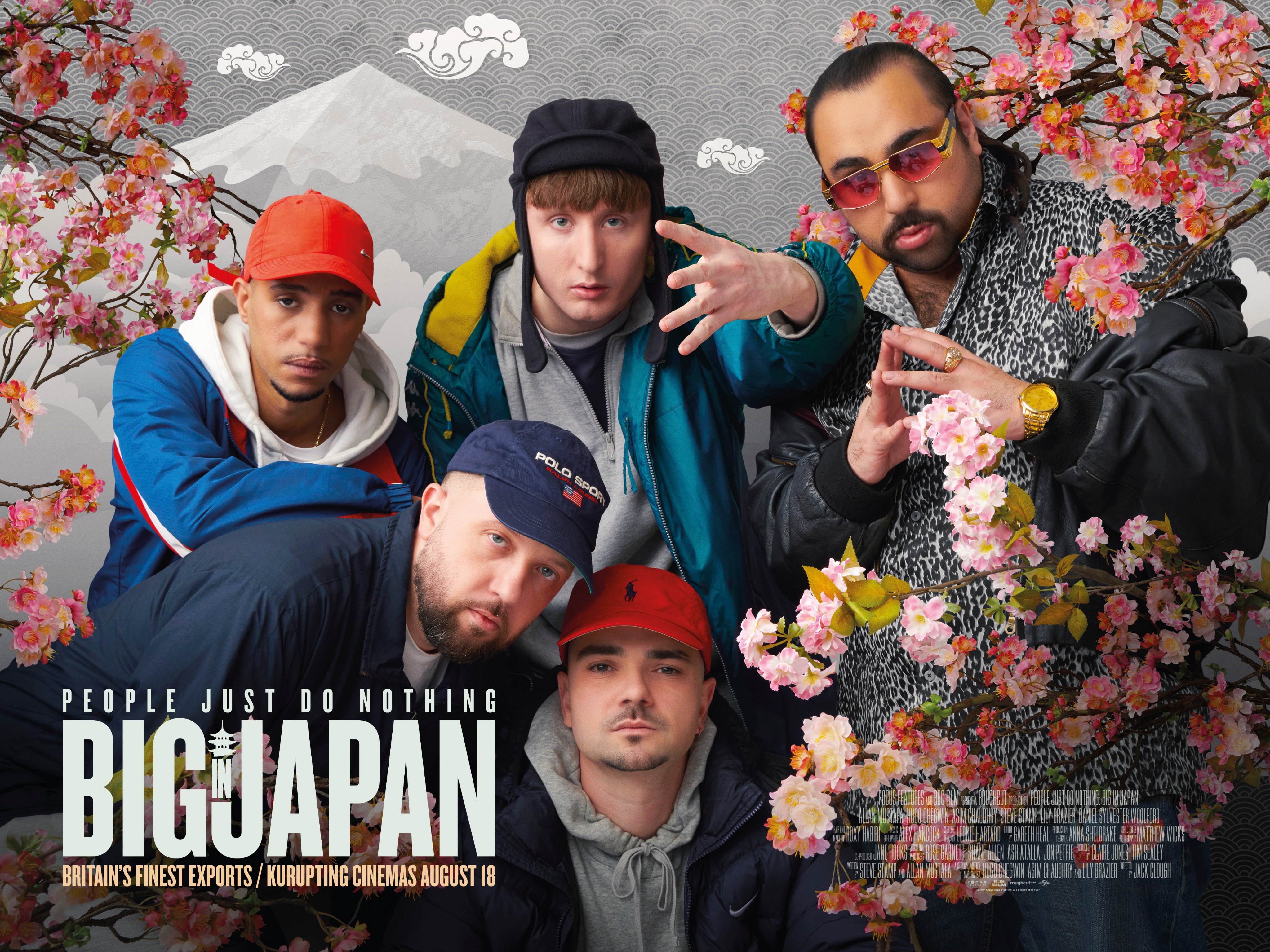 The Moments Worth Paying For campaign strives to counter infringing behavior by encouraging fans to pay to enjoy feature films on the big screen. So, big up urban powerhouse and ultimate family unit, Kurupt FM – the only people we take seriously when it comes to educating on anti-piracy.

After five successful seasons, the BAFTA-winning comedy comes to the silver screen with the highly anticipated feature film, “People Just Do Nothing: Big In Japan”. Since the end of their pirate radio station, life has been quiet for the Kurupt FM boys, but everything is about to change. News reaches them that one of their songs has been used on a popular game show in Japan. They’ve made it! It’s finally time for them to enjoy the fame and fortune that they’ve always known they deserved. But is Japan really ready for Kurupt FM?

So, get yourself down to the cinema, sit back and relax, indulge in the delicious snacks and enjoy a wicked trip to Japan with the Kurupt FM legends. There’s no better way to take in their iconic garage tunes, including the most recent track ‘Summertime’ (featuring Craig David), in full surround sound. 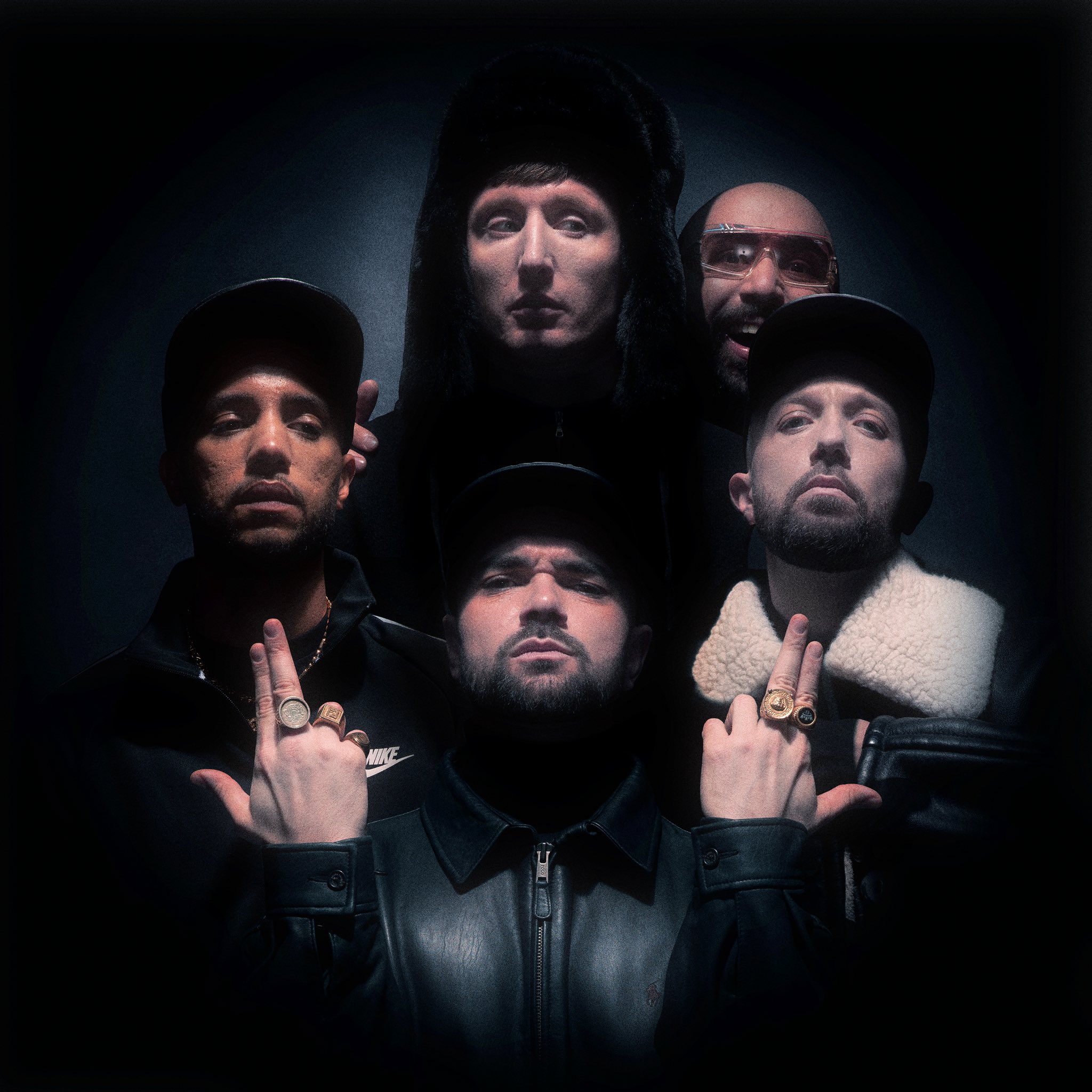 “We are excited to partner once again with The Industry Trust on this exclusive content piece for our highly anticipated UK production of ‘People Just Do Nothing: Big In Japan’. For a hugely popular TV property getting its big-screen debut, it is increasingly important to us that we encourage audiences back to the cinema and watch it on the biggest screen possible – the cinema. We are fully supportive of the vital work that the Trust does and hope to encourage audiences to choose legal routes to watch big-screen moments and laugh together this summer in a cinema near you”.

“I’m delighted to see the full return of our flagship anti-piracy campaign, Moments Worth Paying For. Partnering with Universal Pictures International UK & EIRE on People Just Do Nothing: Big in Japan is a fantastic way to engage with 18-34 males who, according to Industry Trust research, will be among the first to return to cinemas throughout 2021. Fans of this hilarious, BAFTA-winning hit BBC show will love this bespoke piece written by the Kurupt FM crew, with their trademark humor. The Moments Worth Paying For Campaignswouldn’t be possible without the continued support of DCM and Pearl & Dean, as well as our many distributor members, and we can’t wait to see it return to the big screen!”

The “People Just Do Nothing: Big In Japan, Moments Worth Paying For” trailer will show in cinemas from the 23rd July.