This week on the Official Film Chart, Mortal Kombat suffers a knockout, and the chart gets some True Romance but it’s Peter Rabbit 2 that hops to the top!

GHOSTBUSTERS: AFTERLIFE GETS A NEW TRAILER!

Have you managed to catch the new trailer for the upcoming ‘Ghostbusters: Afterlife’ yet? It is an enjoyable buildup to what promises to be one of the films of the year. And a long-awaited one at that. Thirty-two years after ‘Ghostbusters II’, this new film is the official third film in the franchise. The rebooted universe from 2016 has been relegated to the bargain bin, where it belongs. No offense to the lady Ghostbusters but THIS is what we as fans have long wanted to happen.

The return of (most) of the original cast, once again back in their classic roles. Sadly, Harold Ramis has passed away but the film promises to honor both him and his character of Egon Spengler. The spooks come back out to play in November.

THE BIG MOVIES START TO HEAD TO VOD!

The cinemas have only recently reopened (Ok, back in May!) but already some of this year’s big blockbusters are heading to the VOD market. The likes of ‘F9-The Fast Saga’, ‘Hitman’s Wife’s Bodyguard’. ‘Freaky’, ‘The Croods: A New Age’. ‘The Forever Purge’, and even ‘Black Widow’ are due to debut within the next month or so. Of course, ‘Black Widow‘ is available now on Disney+ Premier Access for £19.99 to own. But the majority of the films due to hit video on demand shortly are a shock and a surprise. It could have something to do with the 45-day cinema release window that many of the studios seem to be in favor of doing now. In this respect, a film opens at the cinema, has 45 days to make its money and then it’ll become available on VOD. I will not comment any further on this new business model. 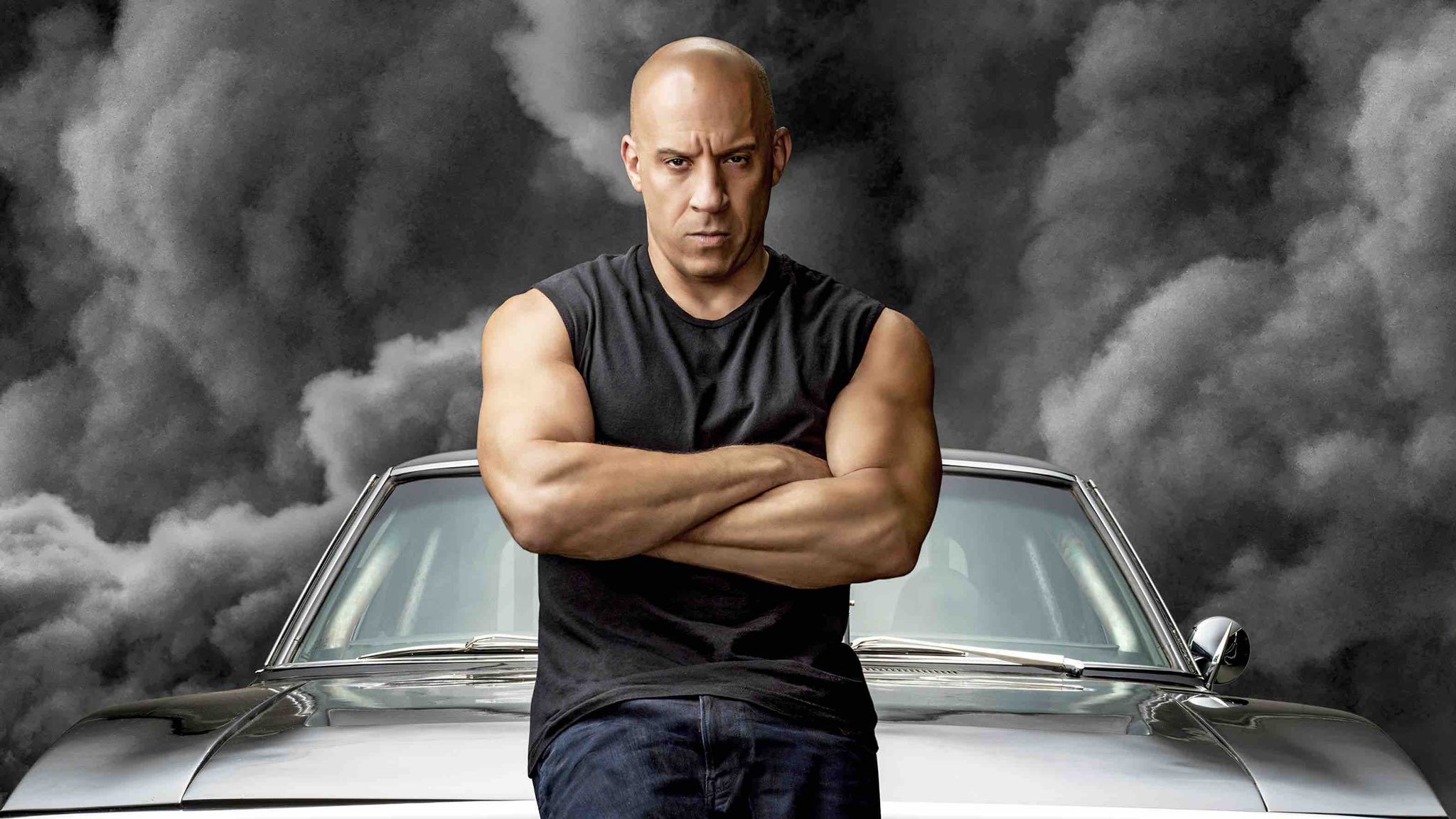 This week’s official film chart is very much as you were again. Before the big guns come out to play and join the chart, it is a case of the usual suspects hanging around. This week sees the departure of ‘Raya And The Last Dragon’, ‘Snatch’, and ‘Nomadland’. But what is that all-important number one? Is it the third week of fatalities? Have the Titans rallied back to the top? Or is there a surprise in the mix? Remember to keep your arms and legs inside the vehicle at all times!

We have a new number one title! Landing the top spot based on digital downloads alone, we welcome ‘Peter Rabbit 2’ into the chart. The family movie sequel, once again featuring the voice of James Cordon as the title character hits the disc formats on Monday. But it’s a terrific start for the film. It opened here in cinemas back in May and has already made its home entertainment debut. Although it received mixed reviews from critics, the film made a sizable box office profit. With the returning Margot Robbie, Rose Byrne. and Domhnall Gleeson, the film is a decent enough family film that will have you laughing all the way through.

PETER RABBIT MAKES IT A DOUBLE!

Not being content with taking the top spot this week, Peter Rabbit and his friends take the second spot too. While the sequel takes the number one spot, the ‘Peter Rabbit-1 & 2’ boxset hops into the second place. The original 2018 film also appears in the lower chart positions, in the seventeenth place. The film also received mixed reviews but was a box office smash. Rose Byrne, Domhall Gleeson, and Sam Neill lead the human cast. James Cordon, Margot Robbie, and Elizabeth Debicki lead the vocal cast. 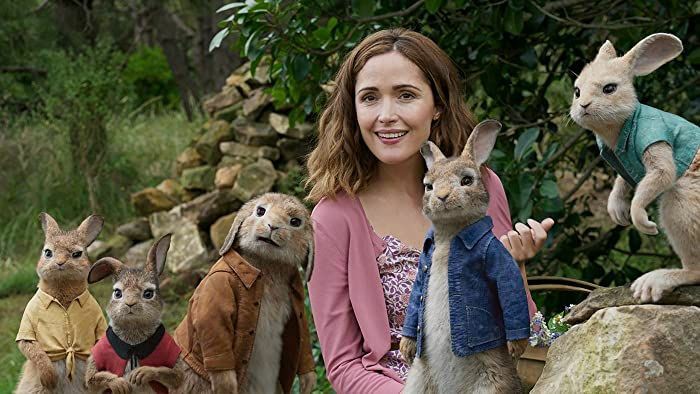 While the sequel is doing decent business in cinemas, the original ‘Space Jam’ holds firm this week. The team-up between Michael Jordan and the Looney Tunes remains in third place. It remains a hilarious and enjoyable family film, aiding it in its quest to hang around the chart for as long as possible. It is certain to return to the chart later this year when the sequel makes its home entertainment debut in a double boxset as well as a standalone release.

THE CHART GETS SOME TRUE ROMANCE!

Our third and final new entry arrives in the fourth position. Thanks to a 4K Blu-Ray re-release, the classic ‘True Romance’ hits the chart for the first time. Written by Quentin Tarantino and directed by the late Tony Scott, the film is quite brilliant. Christian Slater and Patricia Arquette make a delightful couple and great leads in the film. Boasting stars such as Brad Pitt, Dennis Hopper. Christopher Walken, Gary Oldman. Samuel L Jackson, and an Elvis impersonating Val Kilmer, the film is a real bonafide classic. Twenty-eight years after it first hit screens, the film remains a violent, foul-mouthed, but entertaining adults-only film. Although it was a flop on its original release, the film has become a cult classic. And one of Tony Scott’s best films.

Last week’s number one becomes this week’s number five as ‘Mortal Kombat’ gets hit by a double rabbit punch. The reboot for the big-screen version of the classic game has made its money at the cinemas and on home entertainment. Despite being sent to PVOD before the restrictions loosened to allow cinemas to reopen, the film has been a success. A sequel is already in the planning stages so we can expect more violence and gore on our screens within a few years.

Hitting download and keep from Monday is the supernatural horror film, ‘The Unholy’. The film is based on the novel ‘Shrine’ by horror novelist James Herbert. It stars Jeffrey Dean Morgan, William Sadler, and Cary Elwes amongst others. The plot follows a disgraced journalist named Gerry Fenn. He works a job where he reports on strange and unusual events. One night, after proving that some strange activity is nothing but a teenage prank, he discovers and crushes a child’s doll. Later, he gets into an accident after seeing a young girl, Alice, run across the road in front of him. He follows the girl to the tree where he discovered the doll originally. What he doesn’t know is, he has released the vengeful spirit of a woman who was condemned for witchcraft. She was hung from the tree, set on fire and her spirit was bound to the doll’s body.

The young girl speaks to him before collapsing. Gerry takes her to a nearby church where it is revealed Alice is Deaf-Mute. Meaning she couldn’t have spoken to him. Gerry decides to stay in town to investigate as he believes he has a real story instead of a prank or hoax. Of course, all things start to happen, people die horribly as the film hurtles towards its finish. The film received scathingly negative reviews when it was released. But that didn’t stop it from making a decent profit at the U.S box office. If the film sounds like your kind of scary movie, then grab it from Monday, before it grabs you!

We return to the chart again with a look at the sixth-placed title. And it is a surprise to find that ‘Godzilla VS Kong’ has taken a four-place tumble this week. The Titanic smackdown is a former number one and has sold well ever since it emerged from PVOD. Despite its fall, the film remains a good old-fashioned family monster movie.

THE CROODS TAKE A SNOOZE!

The sequel is screening inside cinemas now but that doesn’t help ‘The Croods’ this week. While the second film is entertaining families up and down the country, the original film suffers a three-place fall for the past seven days. However, the film has sold extremely well and has enjoyed its success inside the top ten.

THE LEAGUE CONTINUES TO FALL!

Dropping by another three places this week, the best film of 2021 (to me, anyway) lands in the eighth spot. ‘Zack Snyder’s Justice League’ has become a great success for Snyder himself. His vision has been realized, completed, and praised across the world. The perfect way for the director to end his trilogy of DC films, the movie continues to entertain and blow away fans.

PROMISING YOUNG WOMAN ON THE SLIDE!

Another title that has seen a reversal in fortune this week is ‘Promising Young Woman’. The Carey Mulligan lead comedy-drama is a terrific film that has deserved all the plaudits and awards it has received. The film has been playing on Sky Movies for a month or so and has only recently hit home entertainment to buy and keep.

And finally, those two lovable cartoon characters, in ‘Tom & Jerry: The Movie‘ drop two places. The pair decide to finish their week down in the tenth and final position on our chart.

All change, please! The ride ends here! My thanks for joining in with the look at what we’ve been spending our hard-earned cash on this week. We have some really big movies on their way very soon. That will certainly shake the Official Film Chart up. But until they do, and certainly until next time…