Tom Hardy and Woody Harrelson gearing up for a battle for the ages! And boy, does it look good!

Marvel fans are in for a treat this September. After being delayed by COVID from a release last year, ‘Venom: Let There Be Carnage’ is just over a month away. Tom Hardy returns once more as Eddie Brock/ Venom in the sequel. Michelle Williams returns as Eddie’s former fiance, Anne. Reid Scott reprises his role as Dan Lewis, a doctor and Anne’s boyfriend. Naomie Harris joins the cast as Francis Barrison/ Shriek, a damaged soul and Cletus Kasady’s love interest. Stephen Graham is Mulligan, a detective hoping for Eddie’s help to find the bodies of Kasady’s victims. 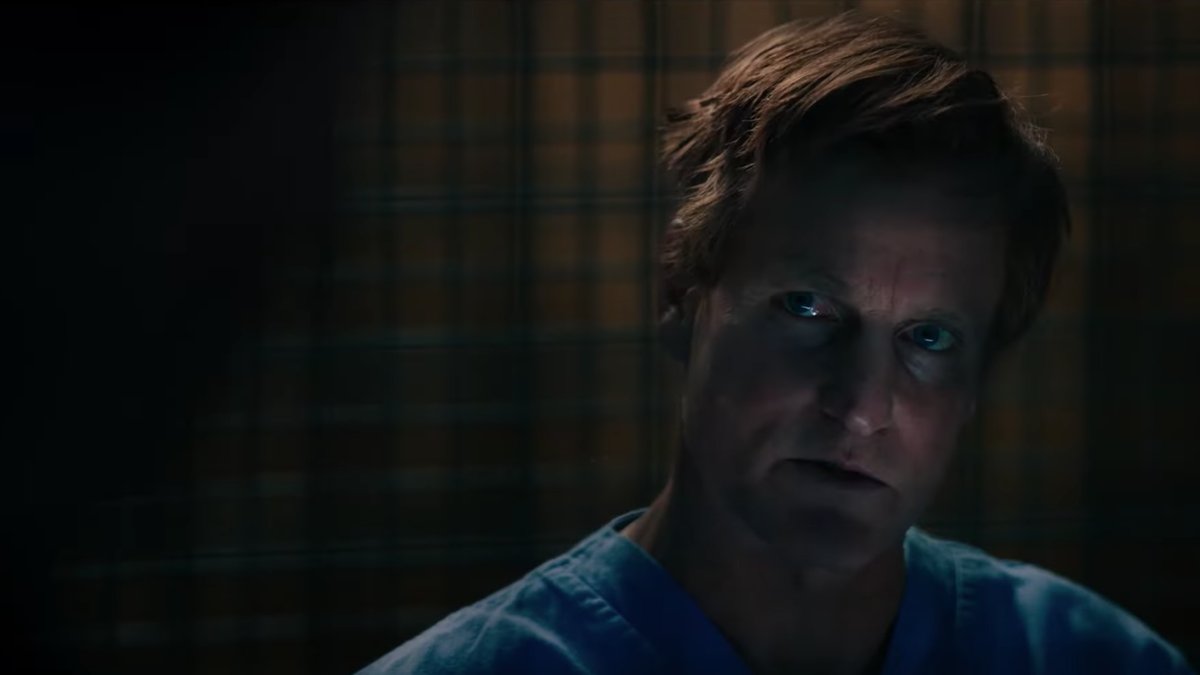 And Woody Harrelson takes the role of Cletus Kasady/ Carnage, reprising the role after his uncredited cameo during the end credits of the original ‘Venom’. His look is different this time around to show the passage of time from the last film to the start of this one. Today sees the release of the new trailer for the film. And believe me, it’s not for the faint of heart. Sit back and prepare for Carnage:

The film is set one year after the events of ‘Venom’. Investigative journalist Eddie Brock struggles to adjust to life as the host of the alien symbiote Venom, which grants him super-human abilities to be a lethal vigilante. Brock attempts to reignite his career by interviewing serial killer Cletus Kasady, who becomes the host of the symbiote Carnage and escapes prison after a failed execution. As the trailer shows, it doesn’t look pretty for many of the background characters. And it looks to be quite a bit nastier than the original film. Andy Serkis takes the directorial reigns this time around in what looks to be a scary, violent comic book movie with a touch of humor to match. 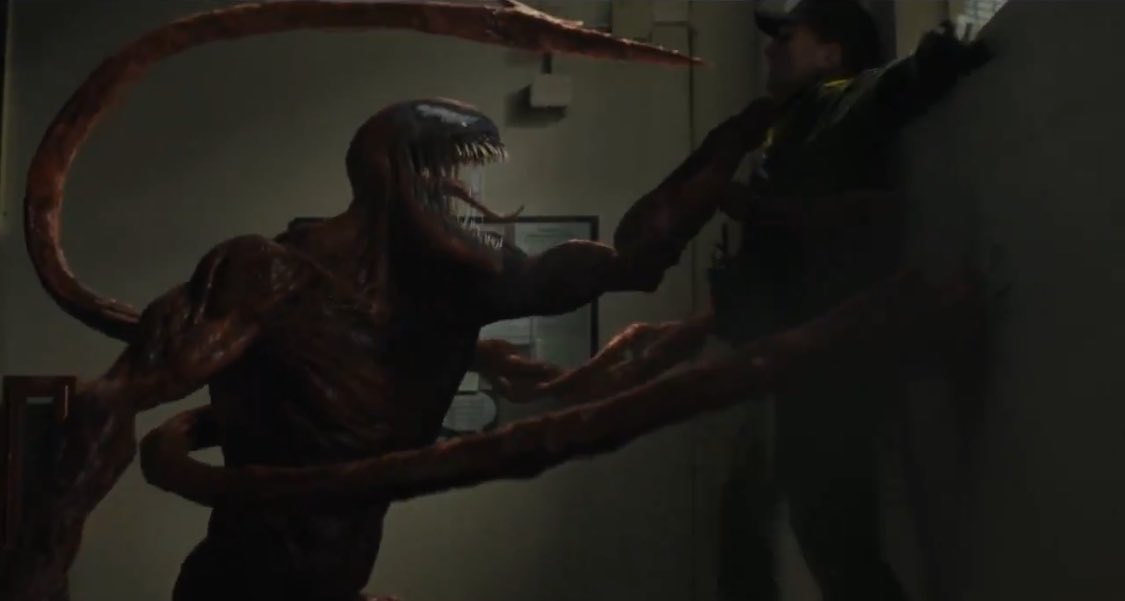 What does concern me is the ‘This Fall’ at the end of the trailer. Could this mean the film may be delayed yet again? Let’s hope not.

STILLS FROM THE TRAILER!

Check out the stills from the trailer below: 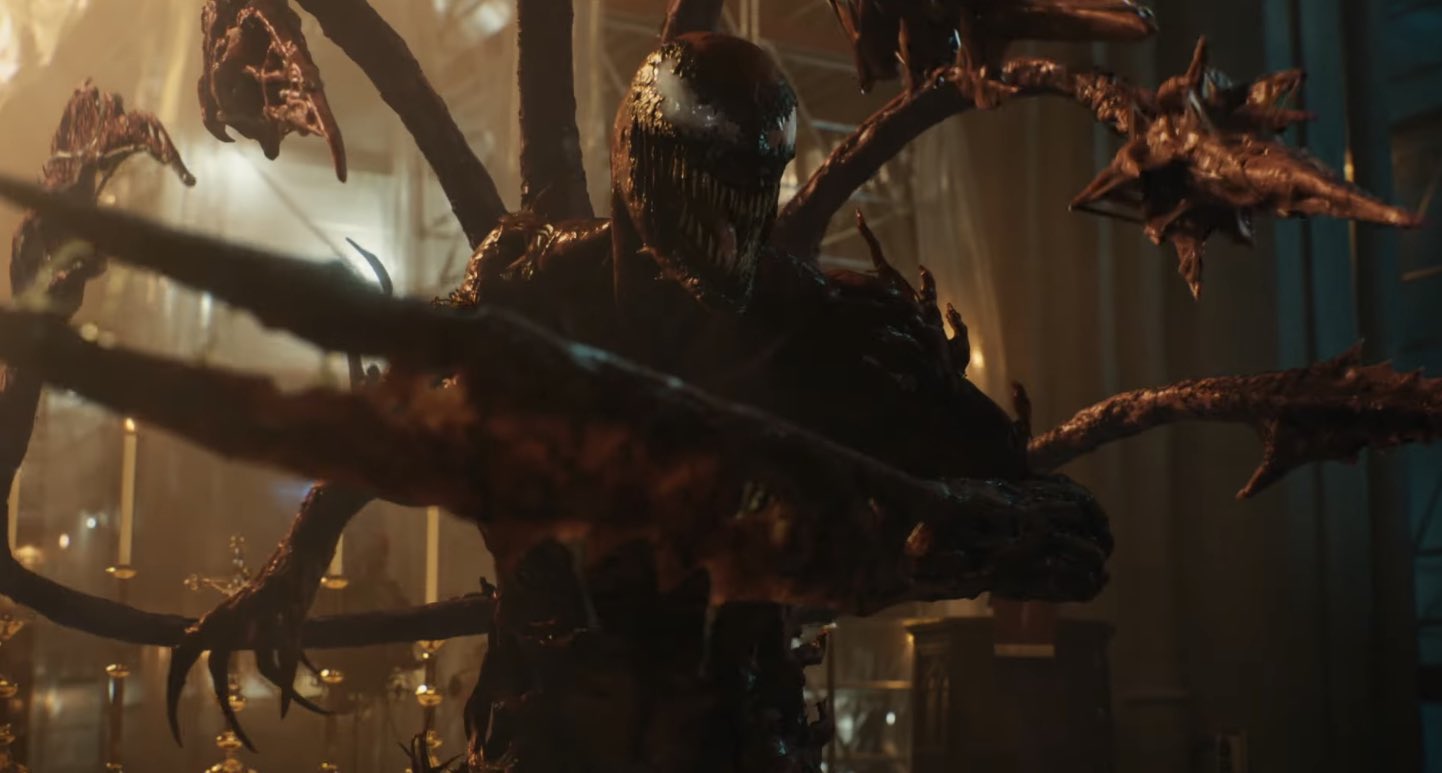 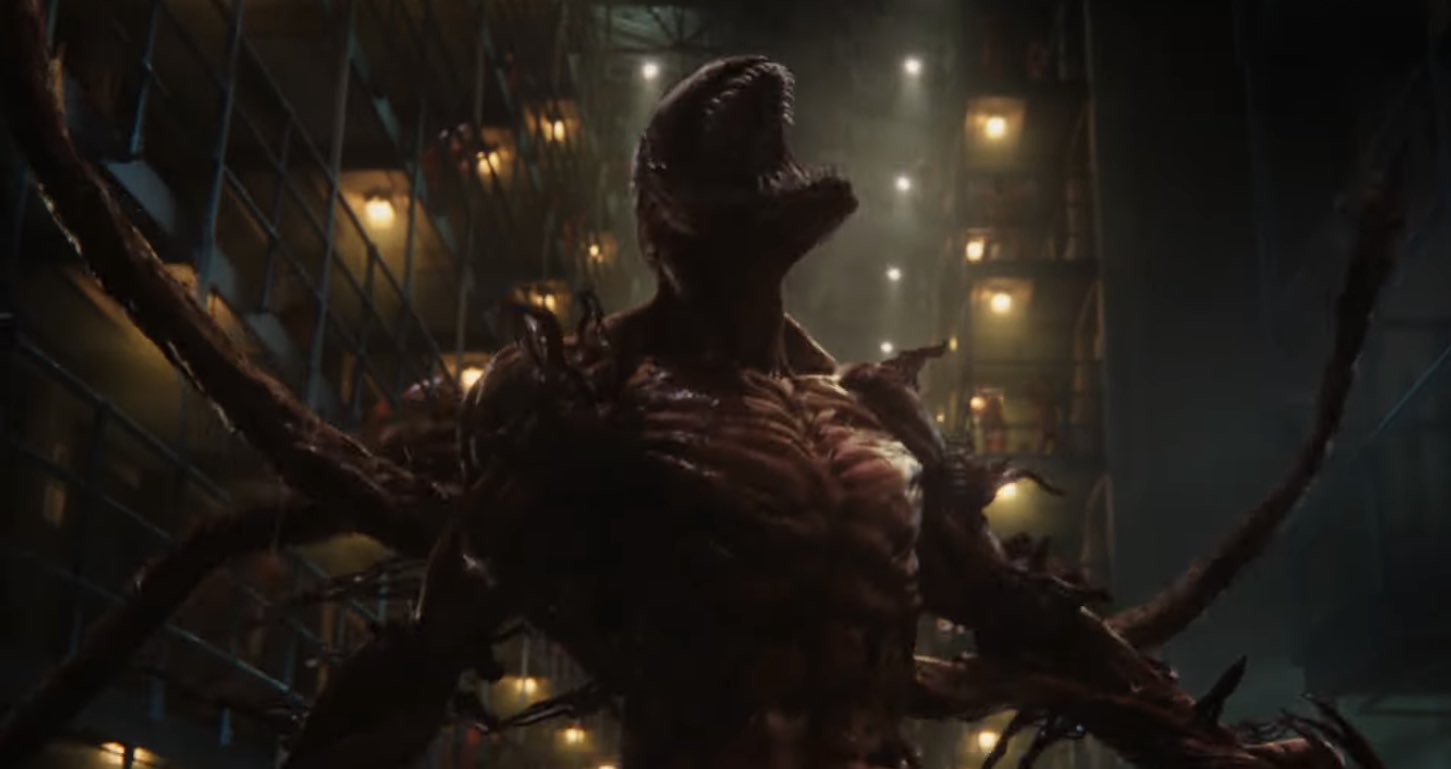 A FACE ONLY A MOTHER COULD LOVE! 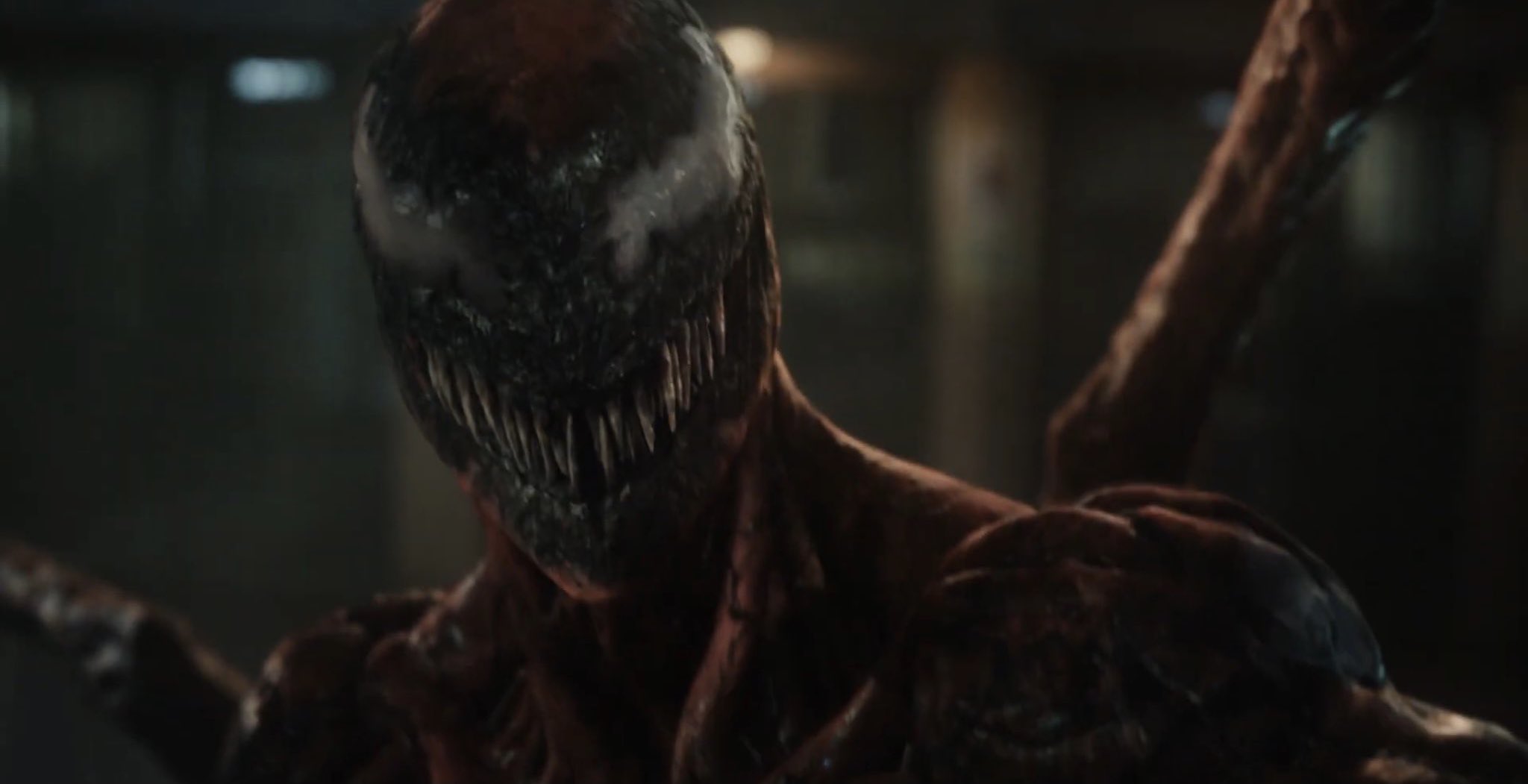 DID YOU MISS US?

ANYTHING SPIDER-MAN CAN DO…SO CAN WE! 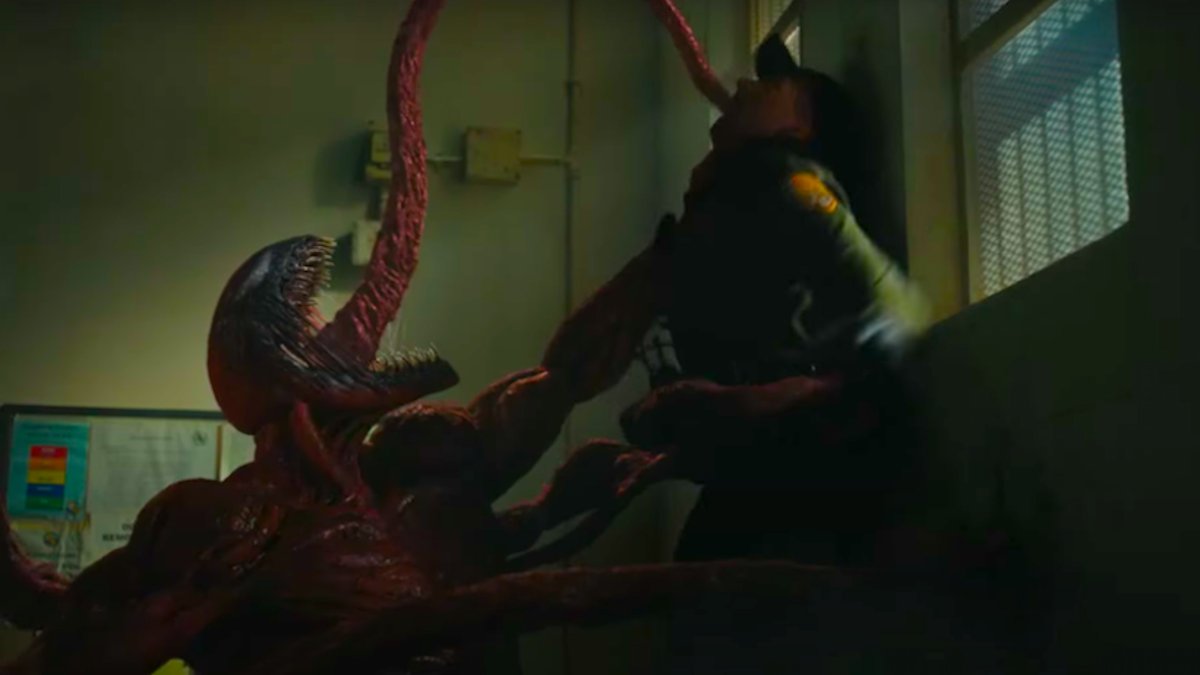 And just for good luck! 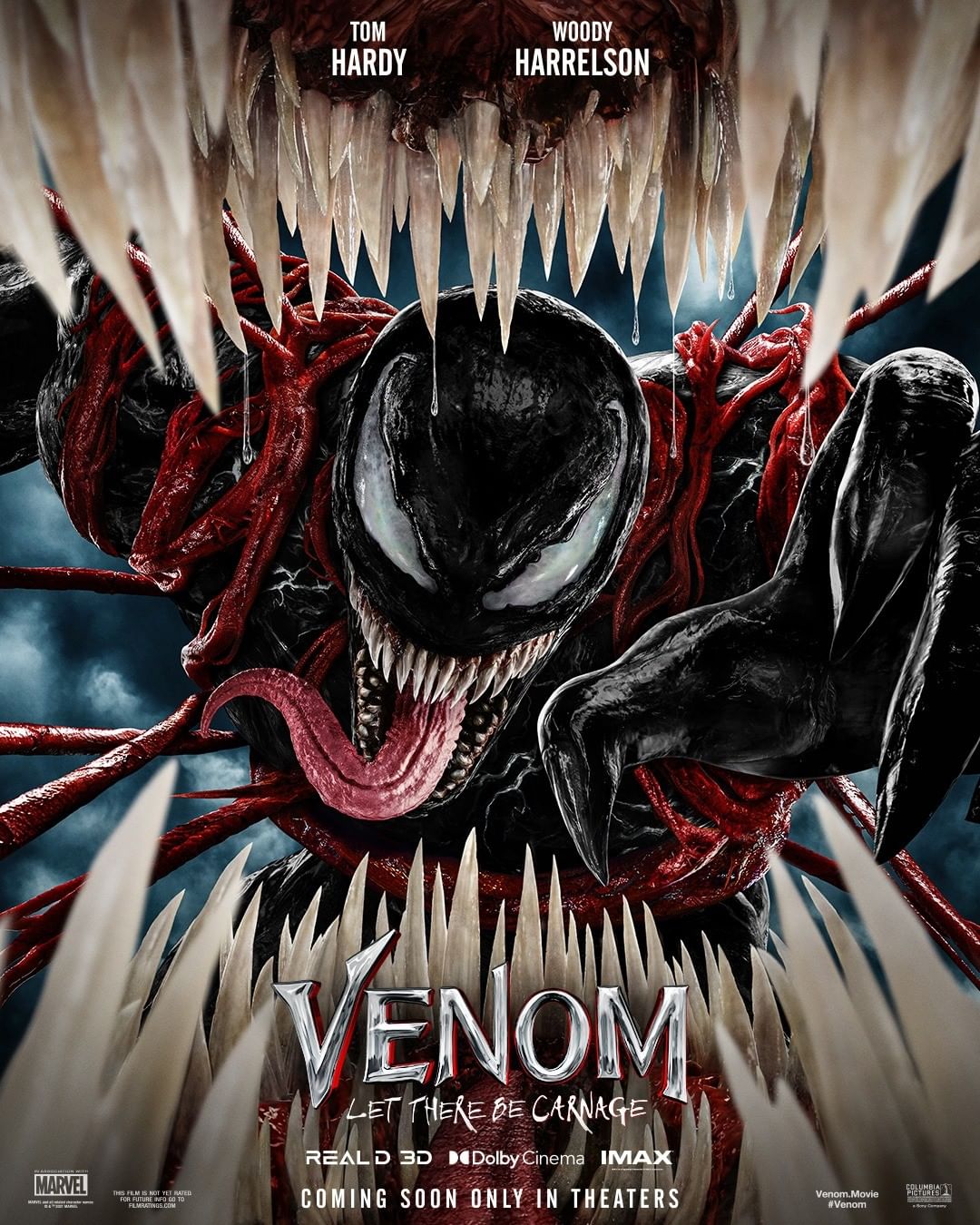 Will WE be going to see the return of Venom? Are WE looking forward to seeing what Tom Hardy brings to the table this time? Are WE excited to see Carnage hit the big screen? WE look forward to hearing your thoughts!