This week on the official film chart, Batman faces a second long Halloween, and The Joker returns but nothing can defeat Peter Rabbit at the top!

We all thought that the delays to big film releases were finally over. Not so. The comic book sequel ‘Venom: Let There Be Carnage’ that was delayed from last year thanks to COVID until September, has been delayed again. It is only a three-week delay as the film is now scheduled to open on October 15th. However, the film now faces major competition from ‘Halloween Kills’ which releases the same day. ‘No Time To Die’ will still be showing in cinemas. And a week later, ‘Dune’ hits screens.

It is a very crowded two or three weeks in October. And someone is going to suffer because of it. To be honest, Bond will have made his money by the time Venom hits the screen. But ‘Halloween Kills’ will steal a big chunk of the box office cash. And ‘Dune’ is an epic. Venom may have his work cut out for him.

Announced back at the Disney Investor Day last year, the new ‘Star Wars.’ show has received its first trailer. ‘Star Wars: Visions’ is a nine-part anime show that promises to reveal the galaxy far, far away in a wholly new light. Every episode is directed by an established Japanese Anime artist. And has been produced by the top Anime studios in Japan. The show features a voice cast that for the English dub includes Lucy Liu. Joseph Gordon-Levitt, Neil Patrick Harris. Alison Brie, Karen Fukuhara. Simu Liu, David Harbour, Henry Golding. And the legendary Temuera Morrison, reprising his role as Boba Fett. The show and all nine episodes hit Disney+ on September 22nd.

This week on the official film chart, we find two films that leap into the placings. One rises thirty-six places while the other moves by two to rejoin us once again. It is the end of the line for ‘Promising Young Woman’, and ‘Luca’. But what is that important number one title? Is it still that lovable mammal in his second movie? Or has something come out of the left field to take over at the top? It’s time to take our weekly journey to find out!

PETER RABBIT REFUSES TO LEAVE THE NUMBER ONE BURROW!

For the fourth week in a row, the top spot is held by ‘Peter Rabbit 2’. The Live-Action/ CGI animation sequel has hidden inside its burrow at the top of the chart once again. With the summer school holidays in full swing, it appears that the film is seen as ideal entertainment. Including more great vocal performances from James Corden, and Margot Robbie, the film continues to entertain families across the whole country. With the success the film has had, a third film cannot be too far away from being announced.

The second place this week goes to the animated DC film ‘Batman: The Long Halloween Part 2’.  The film moves up by thirty-Six places. The film is more darker and violent than the first part of the story.  And that is to its advantage. Picking up where the first part left off, we start with Poison Ivy. She forces Bruce Wayne, who is under her control to sign over his assets to Carmine Falcone. This, of course, prevents Wayne from acting as Batman. Throughout the film, double-crossings and plot twists come thick and fast. In an entertaining DC animated feature film. With the vocal talents of Jensen Ackles, Josh Duhamel. David Dastmalchian, Jack Quaid. And Katee Sackhoff in its arsenal, the film is exactly what the DC fan will be looking for.

THE CROODS LOSE A PLACE!

Dropping by a single position this week is ‘The Croods’. The Dreamworks Animation film has had a decent resurgence over the past few weeks. Thanks to its sequel hitting multiplexes. But with the arrival of Batman into the chart, the film has to move down. No matter how you look at it, the film remains enjoyable. And an often hilarious animated film for the whole family. The film is still enjoying a digital price cut and remains a quality purchase. 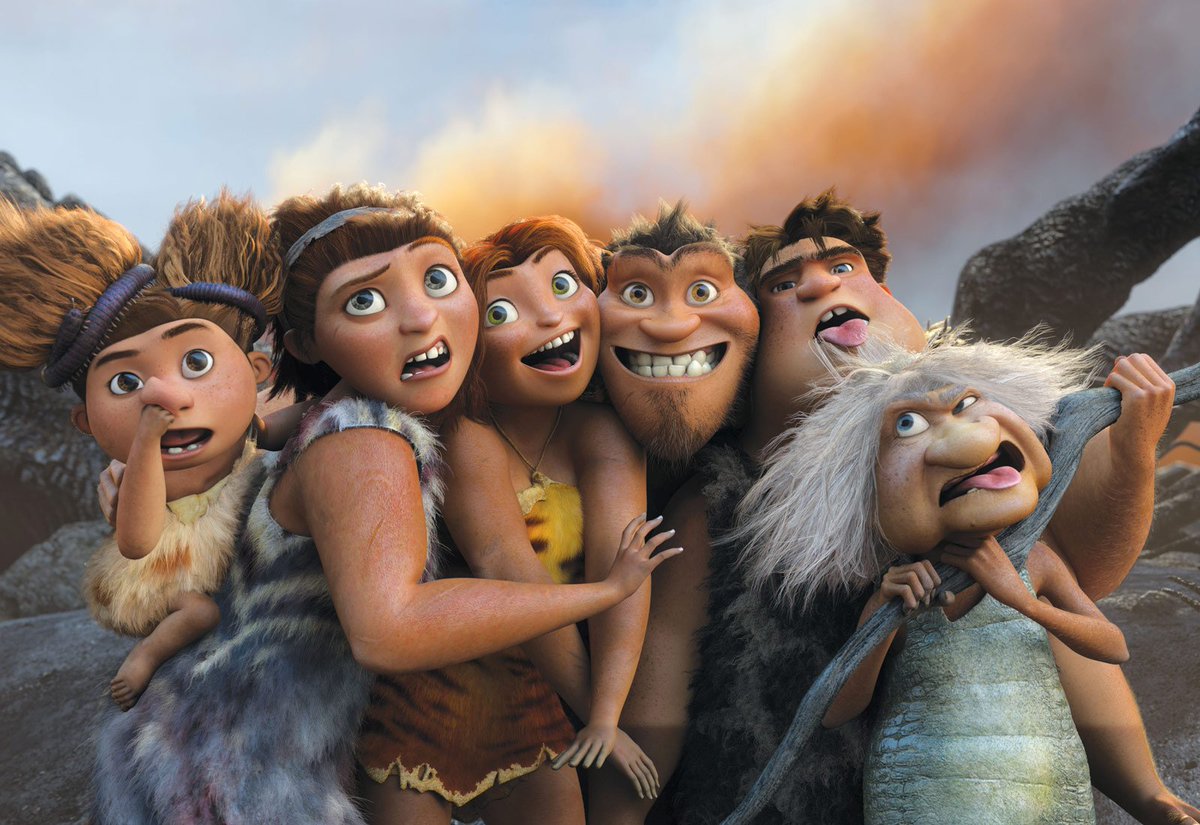 Losing a place this week is ‘Space Jam’. While the sequel is slowly departing cinemas after a month-long engagement, the original still rides high. It takes to the basketball court this week in fourth place. Thanks to a price cut across all formats, the film continues to entertain everyone. I enjoy the film. Ok, so I tune out the live-action but sit up when the Looney Tunes appear. I love the Looney Tunes. They make me roar with laughter. Ok, so I’m a big kid at heart. Sue Me!

Ok, so by now you’ll know that I love Margot Robbie as Harley Quinn. You’ll know that I completely enjoyed ‘The Suicide Squad‘. And you’ll know that my favorite film of last year was ‘Birds Of Prey: And The Fantabulous Emancipation Of One Harley Quinn’. And so, it’s no surprise to know that I’m ecstatic that the film has risen again this week. Harley and her flock have flown up to the fifth position, a rise of two places. I’m sorry but I do enjoy lying in bed late at night and putting the film on. It’s the perfect wind-down for me. And it won’t surprise you when I tell you that I have seen the film more times than ‘Zack Snyder’s Justice League.’ And I’ve watched that over seventy times so far!

OUTSIDE THE TOP TEN!

This week’s highest new entry actually fails to crack the top ten positions. The ninth episode in the ‘Saw’ franchise makes its debut in the twelfth spot. ‘Spiral: From The Book Of Saw’ has now come off of being a £15.99 cinema rental at home title. It is now available on digital to buy for £13.99 ahead of its release on the disc formats. The film, starring Chris Rock and Samuel L. Jackson is actually a really enjoyable and frightening film. It isn’t a sequel to ‘Saw’ per se but it does take place in the same universe or timeline. There are mentions of the franchise’s previous events but the film stands on its own feet. I highly recommend it to anyone who fancies a great evening of nasty entertainment. 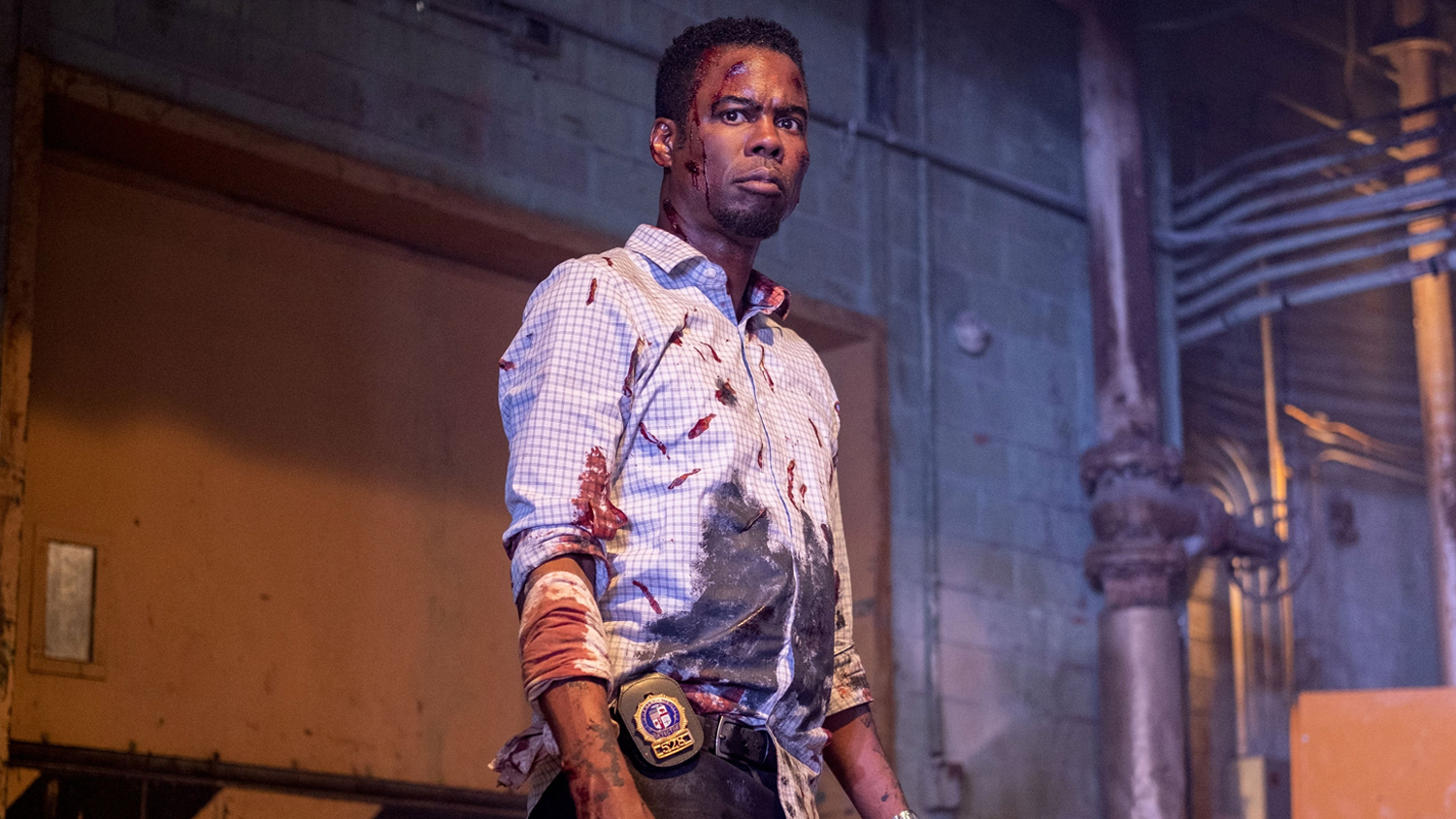 Hitting download and keep from this Wednesday is the horror sequel ‘A Quiet Place Part II’. The film, once again starring Emily Blunt, has a twelve-day digital window ahead of its disc release on August 30th. The film, after a flashback that features writer/director John Krasinski, takes place a year after the events of the original. Evelyn, her daughter Regan, and her son Marcus are searching for other survivors of the creatures’ attacks. Regan has discovered a way to incapacitate the blind creatures, making them killable. Along the way, they encounter an old friend, Emmett (Cillian Murphy) who has recently lost his family. Regan realizes she can help the world with her discovery, leading her to go to a radio tower located on an island off the coast. The film is a worthy sequel and one that will keep you on the edge of your seat.

We once again return to the top ten placings. And in the sixth position, we discover ‘Zack Snyder’s Justice League.’ My second favorite film of the year has risen by two places. Not being content with just clinging on, the film continues its incredible run inside the top ten.

You can never count out the lovable pairing as ‘Tom & Jerry: The Movie.’ manages to chase itself up the chart by two places. The cartoon cat and mouse now play their hijinks from the seventh position.

GODZILLA AND KONG FIGHT BACK!

Never rule out the two Titans. You’ll leave yourself vulnerable to their attacks. Rising by two places this week, ‘Godzilla VS Kong.’ fights back and manages to grab itself an eighth-placed finish for the past seven days.

Deciding that it’s had its fill of life outside the top ten, ‘Joker’ decides to laugh its way back in again. The Oscar-winning drama has dragged itself up by two places to grace us once more.

And finally, the sequel is riding high at the top of the chart. But at the other end, the ‘Peter Rabbit 1&2’ boxset is poised above the chart exit door. The set has been chased down the chart as it now resides in the tenth and final position. That is a six-place fall for the week.

And just like that, our time inside the official film chart is over. Thanks once more for joining me on our trip through what’s hot and what most certainly is not over the past seven days. And so…

Star Wars: Has The Book Of Boba Fett Left Some Fans Disillusioned?

The Book Of Boba Fett: New Character Poster From Chapter 4