Paramount Pictures to release the film to buy and rent in September. Are you ready to experience Torn Hearts?

The London FrightFest festival is one of the leading events to premiere new horror movies and TV shows. And this year is no exception. This year’s event runs from the 25th to the 29th of August. And one film that is receiving its international premiere is the Brea Grant movie ‘Torn Hearts.’ The film stars the Golden Globe-winning actress Katey Segal in a twisted performance as the reclusive Country Music star Harper Dutch.

Focused on two rising stars on the verge of getting their big break, without realizing the life-changing sacrifices they will have to make, the film is packed with infectious tunes and a perfect folk blues soundtrack. Torn Hearts shows if you work hard, you can get anything you wished for….at a price. Check out the trailer below:

Blumhouse Television and EPIX present the cautionary tale of a rise to stardom set in the iconic Nashville Country Music scene. Two friends, rising artists on the brink of a big break, will do just about anything to realize their dream – including a pilgrimage to the legendary and reclusive Harper Dutch’s (Golden Globe winner Katey Sagal) mansion in the hopes she’ll record a song with them. 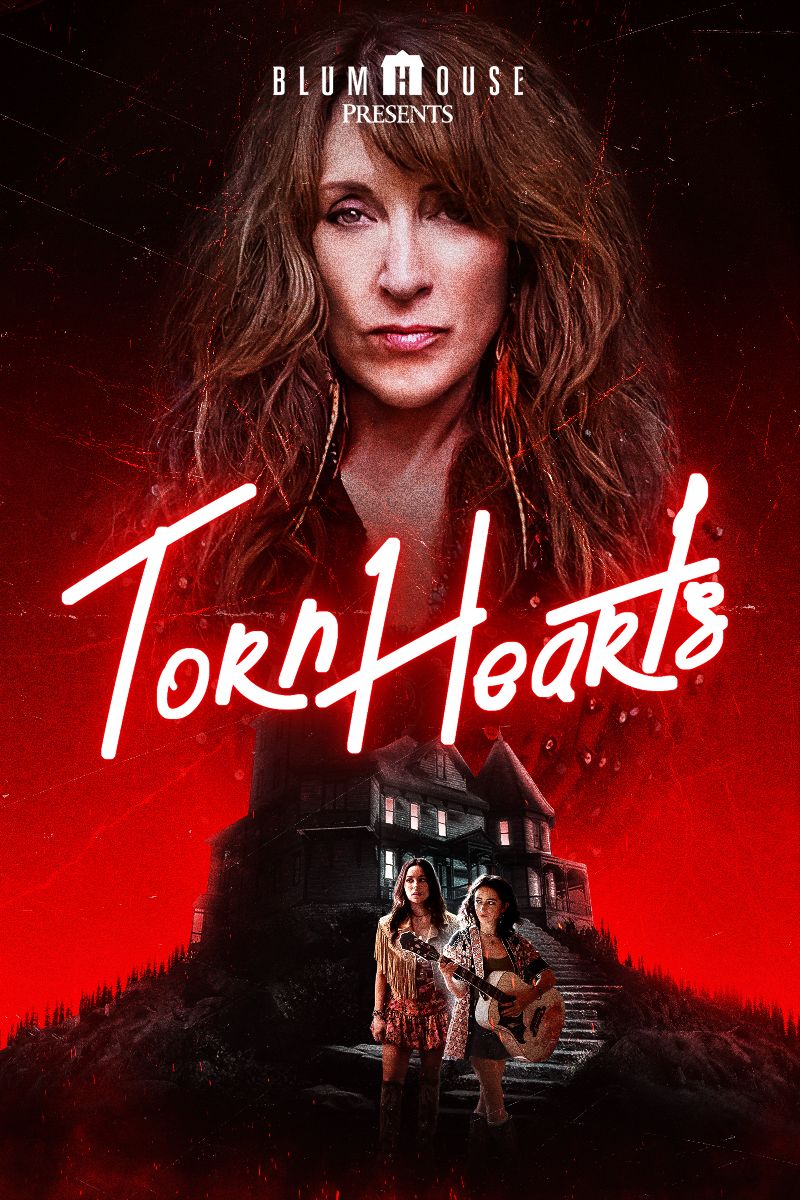 While their life-long idol seems intent to help, the visit devolves into a twisted series of mental and physical torment as the pair discover Harper – and each other – may have other motives. With no other choice and desperate to record a song, the duo must go to dangerous lengths to prove their dedication to their dream of becoming Nashville’s next country music stars.

FRIGHTFEST, THE DIGITAL RELEASE, AND THE CAST & CREW

Torn Hearts will premiere at London FrightFest 2022 on 28th August and will be available to buy or rent on digital from 5th September from Paramount Pictures. The film is directed by Brea Grant and written by Rachel Koller Croft. The film stars Katey Sagal, Abby Quinn, Alexxis Lemire with Joshua Leonard, and Shiloh Fernandez. The Executive Producers are John Lerardi, Jeremy Gold, Chris McCumber, and Jason Blum. The film runs for a total of 97 minutes and is rated 15 in the UK/ rated R in the United States.

‘Torn Hearts’ will tear us to pieces when it is premiered on August 28th. The film will be released on Digital to rent and buy on September 5th from Paramount Pictures. Anyone wishing to get tickets for the film’s international premiere can do so at https://www.frightfest.co.uk/2022Aug/torn-hearts.html

February 1, 2023
The Trailer And Poster For Big George Foreman Punches Its Way Online