Welcome back, FOTF readers. Today, a selection of our writers have come together to share our reactions to the all-new trailer for The Mandalorian Season 2. There was a great deal of anticipation for this trailer and despite not revealing much about the series, it did showcase some glorious Star Wars iconography. Let’s rewatch it together…

Wow. Full-on Star Wars awesomeness. But did the trailer blow you away? Moreover, Did it blow us away? Let’s find out. THIS IS THE WAY!

The season 2 Mandalorian trailer is a coin with two sides. One side is epic whilst the other is gimmicky even a little cheesy. I’ve watched the trailer multiple times and feel the same after each watch. The trailer starts with an epic shot of two planets and the Mandalorian’ s craft flying into the shot, this opening gave me goosebumps. Then we get the voiceover instructing The Mandalorian to return The Child to his people, this hints at what season 2 could revolve around and is incredibly intriguing. We also get shots of several planets which means the scale of season 2 is going to be pretty impressive.

The mention of the Jedi is the most exciting part of the trailer (but not the most thrilling) however I worry that the incorporation of Jedi could throw off the dynamic of the show. The trailer gets exciting with shots of X-wings and TIE fighters and the familiar wearing sound of an Imperial Destroyer as two Stormtroopers leap out on speeders. All of this is fantastic, it evokes a nostalgic feeling but also feels fresh and epic. But then we get the final scene of the trailer and the feeling of joy slowly disappears. When The Child seals his carrier so that he does not see The Mandalorian kill is just too much for me. Then we get the second ‘This is the way’ line of the trailer.

Whilst this is a great line and it defines the main character and the main themes of the show it is now starting to become a gimmick in the same way The Child is. Honestly, The Child is the character I am least hyped about. Moreover, the trailer format is the same as every Disney trailer we’ve had for years. They give us a perfect epic trailer and then end it on a moment of humor or cheese and I feel like this show does not need false humor or gimmicks.  I feel nervous for season 2 because it has to build upon a great first season without indulging in gimmicks and without distancing itself too far from Star Wars lore (which I think we are in danger of). Whilst I think this will be a visually stunning season, I can’t hide a nagging feeling that season 2 is going to be a fan led gimmick fest.

The trailer was very solid and Season 2 looks promising. No surprises but tons of stuff I never thought I’d see in Star Wars, like an old school fishing boat. However, I do think we are in for some fun surprises when the show begins and Jon Favreau will continue to deliver.

The season 2 trailer showed us just enough to get us excited – a snow planet, a water planet, a new planet with a big city, more Mandalorian action, and more of The Child cuteness! If you’ve read the Hollywood big trades you know there are plenty of legacy characters in season 2 and I’m glad they didn’t show any in the trailer so it keeps the surprise for when it actually airs!

My biggest fear with the trailer would be that they’d show Ahsoka and they didn’t so I’m really happy about it. I want to have the full surprise watching the episode when we discover her in live-action. The Mandalorian keeps expanding on the Star Wars universe and I’m all here for it! Also, the X-Wings are back this season, yay!

After what seems like an eternity, we finally have our season 2 trailer and it looks amazing! Mando is back in style with his little green sidekick. His mission is to return The Child to his people. Will we finally get to see more of Yoda’s species?

I hope the show stays true to the western style it started with. This series is, in my opinion, the closest we’ve gotten to old-school Star Wars in years. The spaghetti western style was just what fans needed in a time when the sequel series had divided the fandom. As long as our esteemed directors stay true to this style, and include lots of fun shots with our dynamic duo, I don’t see why this season wouldn’t gain the approval of every Star Wars fan out there!

If you were looking for tantalizing shots that’ll leave you gobsmacked then this trailer probably won’t make you pleased? For me, this trailer gave me exactly what I was looking for; NOTHING! We got to see Mando looking awesome as always and The Child being cute and that’s about it. Thank you, Disney. The great thing about the trailer for Season 1 is it left surprises. Once again, we’ll have some surprises and I am ready for all of it! LET’S DO THIS!

Although the trailer offers very little insight into what we can expect from Season 2, it does deliver what we have come to expect from a Star Wars trailer – iconography! Jon Favreau captured lightning in a bottle in the stellar first season and season two has a lot to live up to – but with Mando back in action alongside his adorable little companion and Moff Gideon out for revenge, we could be in for one helluva adventure. 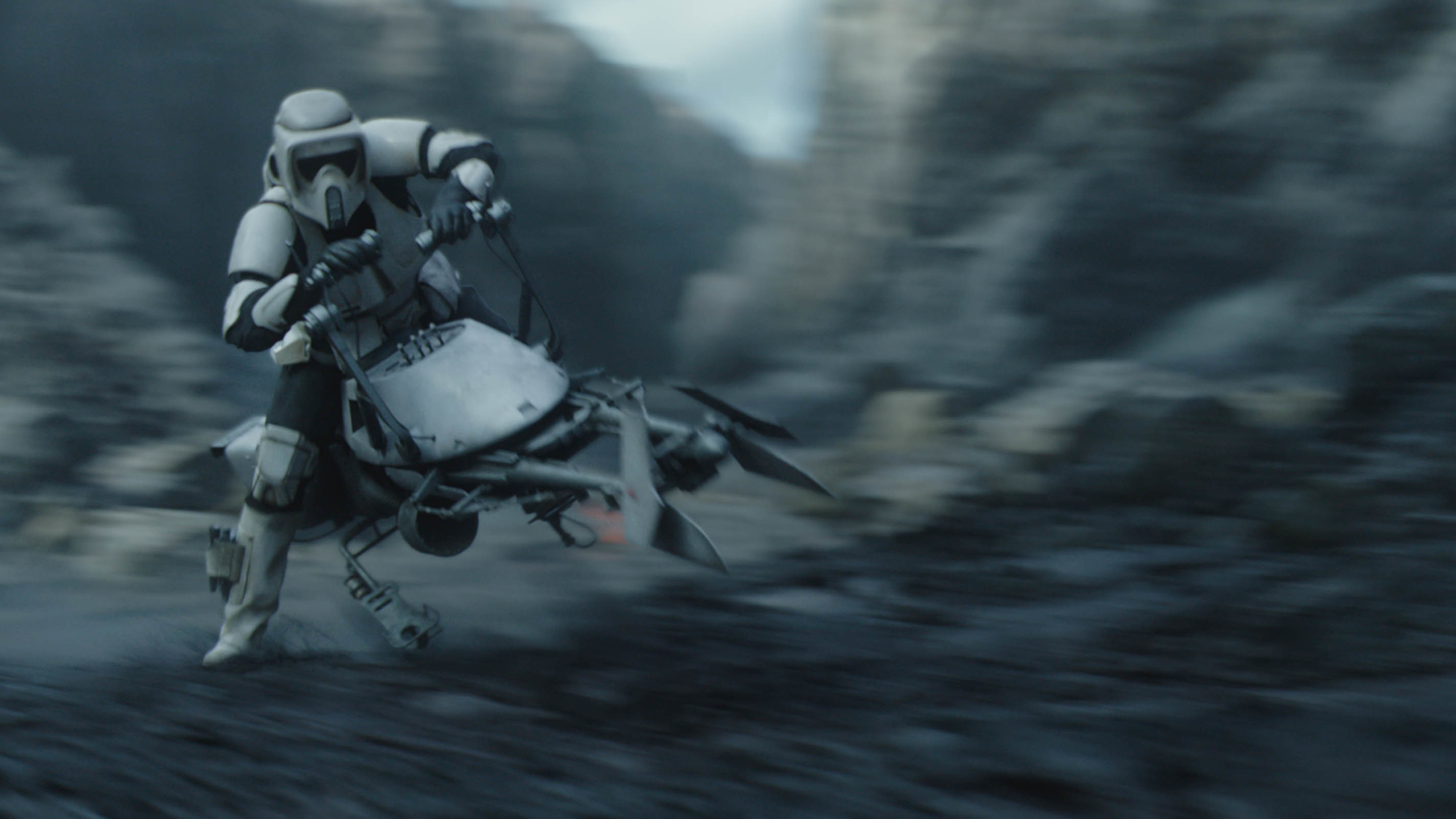 Could Sasha Banks be playing a live-action incarnation of Sabine Wren? Will Ahsoka Tano unleash her lightsabers and take on Gideon in an epic duel? And will Boba Fett live to fight another day – or will the legendary bounty hunter only return in flashbacks? The possibilities for this series are endless and I cannot wait to explore them.  THIS IS THE WAY!

The trailer for The Mandalorian Season 2 has certainly stimulated some euphoria from the Star Wars community and our team is no different. You won’t find a skeptical voice in this bunch – we are all super excited for more adventures alongside our unlikely dynamic duo. The expansion of the Star Wars universe in safe hands with Jon Favreau and with The Mandalorian leading the charge we are more than ready to climb aboard for the ride! THIS IS THE WAY!