Spooky Pinball LLC to release an official Pinball machine based on the iconic Halloween horror franchise!

That’s it! You can call off your search for my Christmas present this year! I’ve found it already! Spooky Pinball LLC was known to be working on a pinball machine based on the iconic ‘Halloween’ franchise. Now the company has released a trailer for it. And I’m in love with it already! Boasting some extremely cool 2D artwork by Jason Edmiston, and featuring a custom knife shooter handle, the machine looks amazing. Adding to the machine’s charm are the features it has. A flashing pumpkin sculpt, a representation of Judith Myers’ headstone, Michael Myers himself hiding behind the hedge rows. And the ultimate feature. Actress P.J Soles, who played Linda in the original 1978 film has recorded the line “Totally awesome score!” for the game.

Spooky Pinball had this to say about the machine:

Finally… the iconic horror film that started it all. Spooky Pinball LLC & Compass International Pictures are bringing the 1978 classic, John Carpenter’s Halloween to the PINBALL WORLD! Pick up a Spooky Pinball Fang Club membership to get early access to what may be the biggest SPOOKY PINBALL GAME EVER!!!

Production for all editions combined is limited to 1,250. There is no limit on the number of Collector’s Editions, Blood Sucker Editions, or Standard Editions within that 1,250 limit – customers will decide the total number of each edition.

Production is scheduled to begin immediately and is planned to be completed within 18 months.

To order your Halloween pinball machine, visit shop.spookypinball.com – sales will open up for Spooky Fang Club members on Wednesday, July 7th at 9:00 am Central! 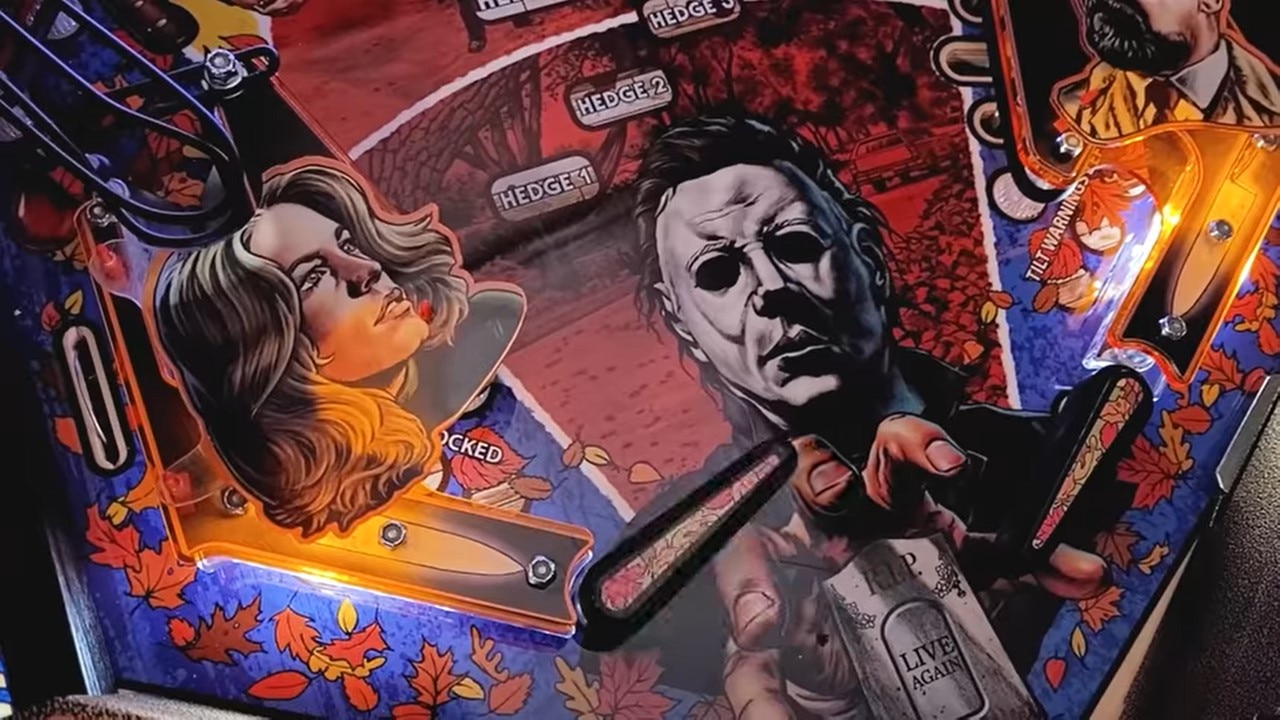 I WANT ONE NOW! The machine looks amazing. And it would be something I could see myself playing for hours. I guess the machine will find its way into arcades across the world in time. But I seriously can’t wait to get my hands on one and battle the boogeyman one way or the other. TOTALLY!