A new poster and new promo spot for the return of everyone’s favorite killer doll released!

The excitement for the upcoming TV show ‘Chucky’ is starting to build up. Over the weekend, we have been given a new promo spot and poster for the series. Fans of the psychopathic killer doll will appreciate the words uttered by Chucky himself. Why? Because they are the voodoo incantation he always uses when he attempts to transfer his soul from his plastic prison into a living human. The poster is reminiscent of the one used back in the 1970s for the film ‘Magic’. So, let’s all quote along with him, courtesy of Don Mancini, and Twitter:

And if that wasn’t enough of The Chuck for you, check this out: 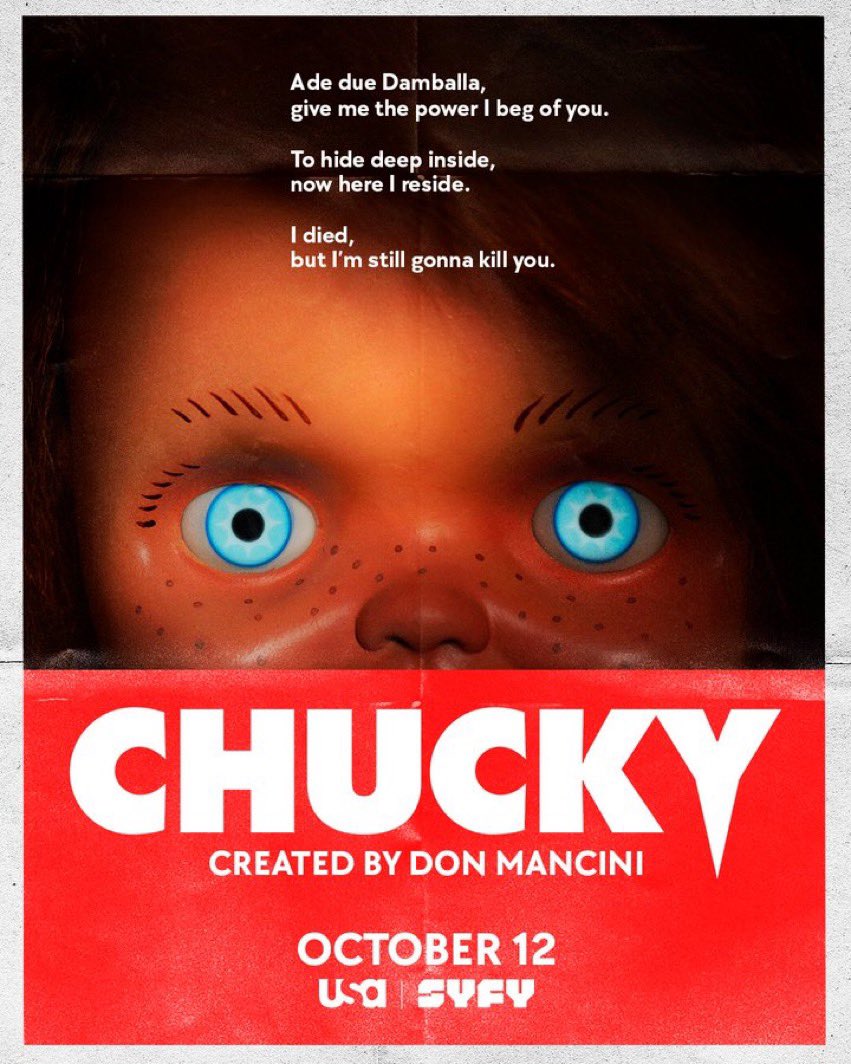 This is the poster for the film ‘Magic’. I think you’ll agree that Chucky’s poster pays a great homage to the film: 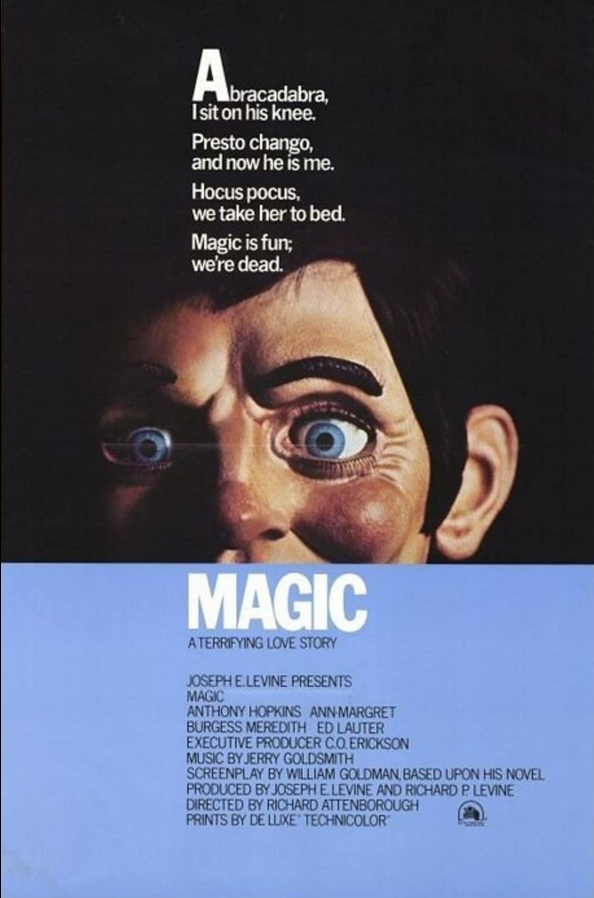 Starring Brad Dourif, returning as the voice of Chucky and Jennifer Tilly, ‘Chucky’ brings the terror on October 12th.

Will you be tuning into the show? Are you eager to see what Chucky brings this time? Why not let us know in the comments below!

2 thoughts on “Chucky Wants To Tell You A Story!”